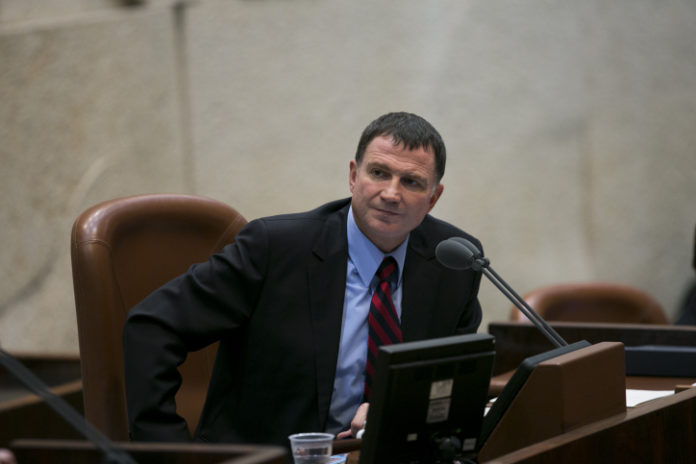 Knesset Speaker Yuli Edelstein gave an interview Thursday, 5 Tammuz, to Noam Zeigman on Kol Ramah Radio, during which he made it clear that as a Jew who observes Torah and mitzvos, he has never davened in a Reform quorum and has no intention of doing so in the future.

“As it is known, I am man who observes the Torah and mitzvot. I certainly will not daven in a mixed forum, nor have I ever prayed in an egalitarian or mixed event,” said the speaker of the Knesset, who is currently in Moscow, where he marks 30 years since his release as prisoner of Zion.

Edelstein said in an interview that as one who did not given up his values ​​and continued to observe mitzvos in prison, he is looking at what is happening in the matter of the Kosel and says that with good will there can be a political and technical solution.

Regarding the issue of conversion, the Knesset speaker said that he could not understand what was wrong with the rabbis of the cities that would establish the Beit Din and permit them to convert persons. “I did not hear that there were rabbis from other streams and if anyone acted improperly, then there are mechanisms to stop it.”

Asked if he believes there will be early elections, and if the Knesset was going to dissolve itself, the Knesset Speaker stated, “As we know, we have a budget until the end of next year, the system has stabilized, and if everyone relaxes and stops turning everything into an ideological matter, then I think that the government, which is a good one, is functioning.”

“In my opinion, I would prefer that the government serve the citizens and not find ourselves in a stormy election campaign”, Edelstein concluded.