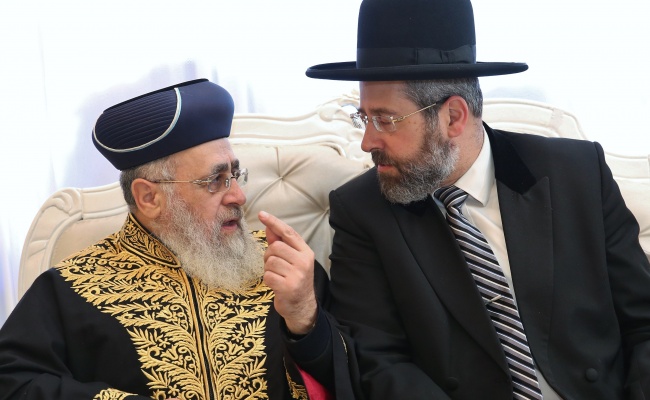 Head of the Office of the Chief Rabbinate Moshe Dagan in his appearance before the Knesset Aliyah Committee said, “No blacklist of rabbis exists within the Chief Rabbinate. The list that was published was a list of a collection of requests for marriage which were rejected due to technical reasons” he explained to committee members.

Dagan further explained that “the list was taken out of context, and I would like to complain about the behavior of ‘Itim’ [the organization who placed the request for the ‘list’ from the Chief Rabbinate] on this topic. I am pleased that Itim exists and challenges us, but at the same time it is necessary to be careful not to resort to negative and inappropriate activities as they did in this case. Clear boundaries were defined regarding the list that was sent to Itim: there was no personal rejection of any rabbis, it was merely a list of marriage certificates that were or were not recognized- with no inference to be made about the identity of the rabbi who produced the certificate.”

“This list was in no way supposed to be a rejection of any rabbi or to offend his position. I sincerely regret and apologies in the name of the Rabbinate for the offence caused to any rabbi due to the publication of this list”.

MK Mott Yogev at the Committee hearing stated, “We want to protect the unity of the Jewish nation, and it is the Chief Rabbinate who needs and whose job it is to do this. It is the role and responsibility of the Chief Rabbinate to investigate cases of marriage and conversion; if this responsibility is not undertaken the Jewish nation will no longer be one united nation. The authority of the Chief Rabbinate must be protected, perhaps there is space for more sensitivity to be displayed, but we must not damage their authority. It may be that that a rabbi may have been offended because his name was mistakenly put on the list, it could be that there was a rejection due to reasons relating to Kesuvas or because the Rabbinate found something problematic with the marriage certificate, but this is not something personal against that rabbi”

He concluded by saying that: “We need one Rabbinate in order to ensure that we have one united Jewish nation! We do not have [the prophets] Ezra and Nechemia to unite the Jewish nation and we therefore need the Chief Rabbinate to do so; this is its role and responsibility.”