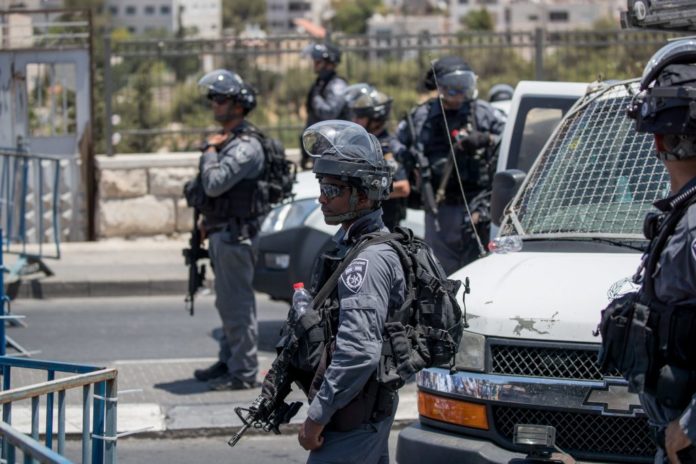 PA Chairman Mahmoud Abbas (Abu Mazen) and Hamas in Gaza have declared Friday, 5 Av, a ‘Day of Rage’, which usually results in Arab violence throughout Yehuda and Shomron and in this case, possibly on and around Har Habayis. Jerusalem Police Chief Yoram Halevy has placed troops on high alert to prevent Muslims from provoking violence following Friday prayers on Har Habayis.

Tensions have been running high on High Habayis since last Friday’s attack, which claimed the lives of two policemen and left a third with moderate injuries.

The tensions then surrounded demands for the removal of metal detectors that were set in place by Israel. Even after the metal detectors were removed by Israel, the Waqf Authority waited over another day before signaling Muslim worshipers may return to the holy site.

Rival Fatah and Hamas on Wednesday issued calls for mass protests by Muslims against Israel on Friday, calling for the Day of Rage.

Police will have additional and special forces out on Friday in the hope of preventing the spread of violence in the city.