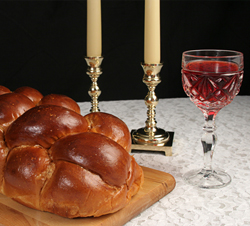 The outgoing Supreme Court president, Miriam Naor, on Thursday read her final verdict during a festive ceremony in court and decided to leave the Chilul Shabbos ruling in Tel Aviv as is.

Naor chose this, the petition to close grocery stores in Tel Aviv on Shabbos, as her last case prior to stepping down for retirement. Naor ruled that she did not accept Interior Minister Aryeh Deri’s decision to cancel the municipal bylaws of the Tel Aviv municipality, which allowed the opening of the supermarkets.

As mentioned, Shas Chairman Aryeh Deri demanded that the High Court of Justice rule in an expanded panel of seven justices after three judges headed by Naor decided to approve the opening of the supermarkets.

Interior Minister Deri said in response: “I have nothing but to hang from the high trees and quote President Rivlin, who said this week in his speech in the Knesset: ‘No revolution, the court is making a coup, and it is a real coup.'”

Aryeh Deri is now working to pass a new law in Knesset to prevent other local authorities from opening supermarkets on Shabbos by means of a municipal bylaw. It should be noted that contrary to previous statements, it is unlikely that a law to bypass the High Court ruling regarding Tel Aviv will be passed in Knesset as was believed would be the case.