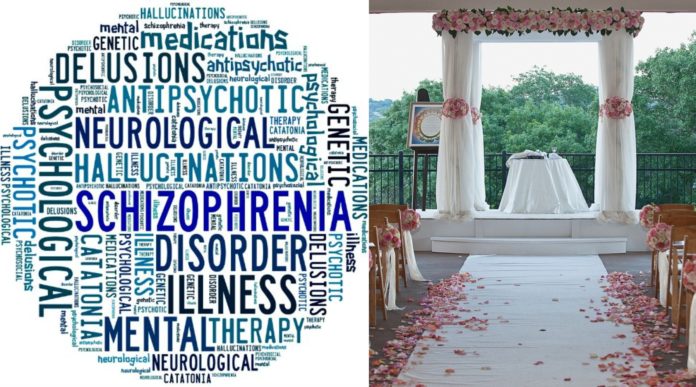 It is an issue that drew lots of attention in a very recent YWN Coffee Room discussion.

The question posed by a certain “David111” was: Why do many people think that it’s right to marry off a child that has mental illness without revealing this before a Shidduch? David111 went on to write: “It should be the duty of parents to reveal this before ruining someone else’s life.”

The issue has numerous associated questions with it. Is one halachically obligated to tell a future spouse of mental illness? From where would such an obligation stem? Shouldn’t we be concerned about our own children first? If there is an obligation, when must the other party be informed? What type of psychiatric condition falls under this “obligation?” If there is an obligation to tell – whose obligation is it? Is it primarily on the person dating, the parents, siblings, or anyone who knows?

And what if it is an undiagnosed disorder? Comments in that discussion suggested that people specifically do not get a diagnosis in order to avoid any obligation to say anything. Another issue brought up was Borderline Personality Disorder. BPD is a long-term pattern of abnormal behavior characterized by unstable relationships with other people, an unstable sense of self, and unstable emotions. Statistics cited in journals show that 1.6 percent of the population suffers from it.

WHAT THE POSKIM HAVE WRITTEN

Dayan Yitzchak Weiss zatzal, in his Minchas Yitzchok (7:93) cites the Sefer Chassidim (#507) regarding the general issue. The Sefer Chassidim writes that a person should not cover up a serious malady among his household if they need to get married, and if it were to be revealed the other party would not marry them. The question is whether this Sefer Chassidim is discussing a halachic obligation or merely giving good advice. Dayan Weiss cites this Sefer Chasidim as authoritative, and it would seem that this is an obligation – not merely good advice.

Rav Moshe Feinstein zatzal as well rules that there is an obligation to reveal negative information prior to getting serious in a relationship (See Igros Moshe OC IV #118). He further writes (Igros Moshe EH IV 73:2) that a 25 year old young man who has Marfan Syndrome is also obligated to reveal it to his future spouse. Rav Shmuel Vosner zt”l (Shaivet HaLevi Volume VI #205) indicates the same position in a responsa concerning a single girl suffering from a dermatological disorder where she lost all her hair and wears a sheitel (alopecia?). This would certainly seem to apply to mental illness as well.

Rav Eliezer Yehuda Waldenberg in his Tzitz Eliezer (Vol. XIII #81:2) writes that a doctor has an obligation to reveal information that will do damage another party, notwithstanding issues of professional obligations of confidentiality. Rav Waldenberg (Tzitz Eliezer Vol. XVI #4:1) points out that there is a strong obligation to warn a girl about a man who is dating her and planning not to reveal it. It may be theoretically possible to view the aforementioned Sefer Chassidim as merely good advice, but the manner in which Rav Moshe , Rav Waldenberg, and Rav Vosner discuss the obligation seems to indicate that the issue lies beyond mere good advice.

What if the person’s underlying issue is undiagnosed? The truth of the matter is that people with psychiatric disorders rarely think that they have it and lay blame on others. Some people who suffer from these disorders can bully others into thinking that the problem lies with the others – not with them. Does the obligation to reveal information only exist if a doctor has declared the diagnosis? This is a question that perhaps should be posed to one’s Rav or Posaik and after having a deep and thorough discussion.

Assuming that the Sefer Chassidim is not merely good advice, but rather a full-fledged halachic obligation – from where does this obligation stem? There may be four or more Mitzvos involved here: 1] VeAhavta Lerayacha Kamocha – love thy neighbor as thyself, 2] Lo saamod al dam rayacha – do not stand idly by thy brother’s blood, 3] the Mitzvah of hashavas Aveida – returning a lost item to his or her owner, and 4] lo sonu ish es amito – do not cause anguish to another. Mitzvah number 3 mentioned above can be found in the Pischei Teshuva in Orech Chaim (Chapter 156) and the issue of causing anguish is mentioned in the responsa of Rabbi Feinstein.

Rav Yitzchok Steinberg, in the Sefer Bracha L’Avrohom (p.345), points out that when one does reveal this information, one must adhere to all of the five conditions set forth in Sefer Chofetz Chaim (Volume II Klal 9). This, of course, is a biblical imperative. One should look at the source inside, but the conditions include that the person must have witnessed the incident himself, rather than from rumor, no exaggerations, purity of intent, among other things.

What follows, are the rulings of Rav Elyashiv zatzal on the matter. The are a word for word translation of how Rav Elyashiv wanted his thinking to appear in print.

“It is forbidden to withhold negative information in Shidduchim, such as illnesses and flaws, even if pertains to stumbling in sins, wherever it is the manner for people to have reservations or concerns.

The prohibition against withholding negative information lies both with the parents as well as the man or the woman who is dating.

If a person was asked about a specific flaw that does exist, and the person denies it, that person is in violation of the Torah prohibition of lying, aside from the aforementioned prohibitions.

Even if they ask a person to clarify something for a shidduch there is no prohibition of Lashon HaRah [when done properly], even when the person clarifying is merely a third party – since this is for the needs of a Shidduch.

THE OBLIGATION IS ON ANYONE WHO KNOWS INFORMATION

The prohibition of withholding negative information is not just applicable to the man and woman dating and their parents, but to anyone who knows that person X intends to set up his son or daughter, and he knows of a major flaw in that person, it is possible that he may have an obligation to reveal that information. He must consult with a Posaik to determine what it is permitted to reveal and how to go about doing so. For if he is obligated to reveal and he does not reveal, he is in violation of the prohibition.

The same is true regarding a person who is untrustworthy in matters of finances and does not stand up to his obligations, it is forbidden to withhold this detail.

A SHADCHAN WHO WITHHOLDS FLAWS

A shadchan who withholds a flaw, aside from violating all of the aforementioned prohibitions, is in violation of an additional prohibition of “V’lifni iver lo sitain michshol – do not place a stumbling block in front of the blind.”

WHEN TO REVEAL FLAWS

When there is a flaw [that they have not yet revealed] and it is their intention to reveal it to the other side, there is no obligation to reveal it when they first start dating. They are permitted to delay it until later when there may be greater interest in pursuing the shidduch.

All of the above beginning with the heading Rav ELYASHIV’S VIEWS were his and were compiled by Reb Lipa, his grandson – who gave this author permission to reprint it.

But what should be done post facto – after he or she finds out that the other side had hidden the medical information and they had already gotten married?

The issue should be discussed with a Rav or Gadol b’Yisroel. This author would like to suggest that, if possible, the spouse might consider accepting what has happened and live with the illness – and not seek out a divorce. Again – this is only if it is possible. The Torah does not want people to be miserable. This approach seems to be the unspoken thinking of none other than the great Chofetz Chaim himself.
How so?

In the Be’er Mayim Chaim (Klal 9 footnote 5) the Chofetz Chaim distinguishes between before the marriage and after marriage regarding the obligation to reveal. What happened to the Torah obligation of not standing idly by the person’s blood?” Why is it different now – just because the person happens to be married? The answer may be that it just very well may be that if the person chooses to live with the issue, a highly likely possibility, then there no longer is a standing by a person’s blood.

If the couple also has children then there is even more reason not to arrange for a divorce. Notwithstanding the growing divorce rate, there is no question that divorces often adversely impact children and every effort should be made to remain together in a state of harmony. There is, of course, no question that the spouse has wronged the other person, and should make it up to them. But the idea of divorce should only be the last possible resort – no matter what is happening in the outside world.