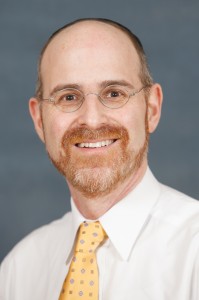 [THIS IS A PAID ADVERTISEMENT]

Much of my private practice is devoted to helping couples in conflict resolve their differences.  Most of the couples I see in therapy struggle with reconciling radically different modes of thinking, behaving and emotional expression. As a result, misunderstanding and argumentation ensue.  To illustrate the widespread nature of marital discord, I will present several fictitious vignettes of couples who are personality incompatible:

Shmuel prides himself on being on time.  As a matter of fact, he almost always arrives to  meetings early.  His wife Rivkie usually gets to appointments 5-10 minutes late since something always “comes up”.  Shmuel is frustrated because he thinks Rivkie is disorganized and inconsiderate.  Rivkie feels that she is being flexible and views Shmuel as being rigid.  The two spouses frequently argue about this issue and it harms their relationship.

Raizy is very attuned to people’s feelings and will avoid disputes at all costs.  Her husband Dovid is strong willed and will press his case even if it involves getting into an argument.  Raizy feels that Dovid is insensitive.  Dovid believes that Raizy is too submissive and thinks that she should stand up for the truth if she knows she is right.  This difference in temperament engenders feelings of frustration in both of them.

Naftoli believes that the best way to raise his children is to set firm rules and impose swift consequences for misbehavior.  He doesn’t believe in making exceptions since it teaches  his children to be  lazy and self-centered.  His wife Devorah prides herself on being aware of her children’s emotions.  She views non-compliance as arising from emotional factors and, consequently, tends to avoids imposing discipline.  As a result of their differing personalities, Naftoli and Devorah frequently argue and complain.

In these cases, neither spouse is right or wrong.  They simply possess very different personalities.  These differences are hard to identify during the dating process, since singles often downplay unique aspects of themselves in order to create harmony.  However, after the couple is married, these contrasts become readily apparent.   If differences are few in number and the spouses possess significant skills in empathy and acceptance, the relationship can function.  However, the cumulative effect of widespread incompatibility is that feelings of  trust and respect are undermined.  Inevitably, each spouse will attempt to “change” the other one which can only backfire and cause further resentment.

In our circles, singles get engaged very quickly without much opportunity to observe their dating partner in stressful and revealing situations. Fortunately, there is usually sufficient information provided by third-party sources (rebbeim, shadchanim, etc) to supplement the single’s intuition.  However, sometimes the single is not adequately informed and winds up getting engaged to someone who is just not shayach.  In creating ZivugZone.com, I wanted to help prevent these unfortunate marriages from occurring.  ZivugZone.com uses state-of-the art software to match singles according to their personality, hashkafah, age and other important preferences.  Since July, the website has registered over 2,400 singles.  If you are a single, I would encourage you to join.  If you know a single, please do a chesed and tell them about ZivugZone.  ZivugZone is 100% free and has the haskama of HaRav Moshe Heinemann, rabbinic supervisor of  Star-K Kashrus and Rav of the Agudas Yisroel of Baltimore.  If you have any questions, please feel free to email me at [email protected].