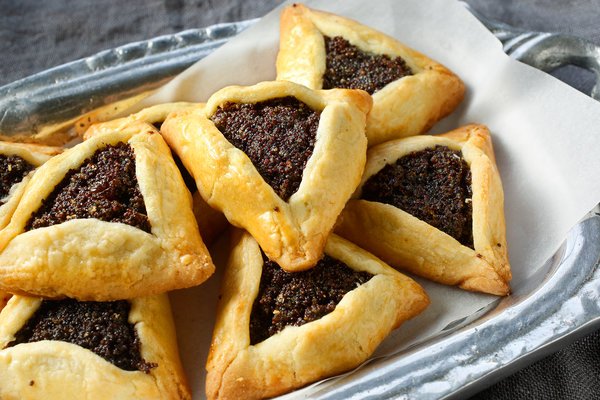 Traditionally, hamantaschen have been made out of poppy seeds, although, of late, there are all sorts of other fillers that have popped up.  Why poppy seeds?

The minhag was based upon a Ramah in Shulchan Aruch, where hecites the Kol Bo and writes (OC 695:2), “Some say that it is a custom to eat zironim – seeds on Purim, as a commemoration of the seeds that Daniel and his friends ate in Babylonia.”

Both the Pri Chadash and the Aruch haShulchan (OC 695:9) pose the question:  Daniel?  This is Purim about Esther, not Daniel!  Also, the Gemorah (Megillah 13a) tells us that Esther also ate seeds when she first came to the palace – Haigai fed it to her.  Why then does the Ramah only quote Daniel?

Also, the Mishna Brurah mentions the Gemorah too, but does not address the question of the Pri Chadash and the Aruch haShulchan.

Esther knew that there was rhyme and reason to her being taken into the palace.  She knew that she was in need of a miracle.  And now, those in charge of the women who were brought to the palace were offering them anything.  She could have had her choice of any kosher food.  Why then did she pick seeds?

Esther most certainly was aware of the miracle that happened to Daniel and his friends in the very beginning of Sefer Daniel.  After ten days they were healthier and finer than all the others solely on a diet of seeds.  This was the beginning of the help that Daniel rendered to his people.  Perhaps she should take the same avenue.

With this answer we have greater insight into the minhag of eating poppy seed hamantaschen.  Just as there was a miracle that occurred to Klal Yisroel regarding the seeds that Daniel and his friends ate, wherein they adhered strictly to the Kosher dietary laws through seeds and just like Esther tried to follow in those footsteps, so too should we merit miracles by virtue of our adhering carefully to the Torah’s dietary laws as symbolized by the poppy seeds.