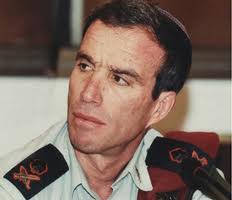 The Movement Party candidate Elazar Stern, a former IDF major-general feels his community has shifted too far to the right, becoming too extreme.

Stern writes on his Facebook page, “Over the years, the dati leumi community, of which I am proud to be identified with, in which political or religious extremism was at its center”, is led to believe based on the polls showing growing support for Bayit HaYehudi leader Naftali Bennett, that the tzibur is becoming more extreme.” Stern adds that “despite Bennett’s statements backing refusal of orders in the IDF, he continues to climb in the polls.”

“30% of the citizens of the state and 50% of the voters of HaBayit HaYehudi support refusing orders. This is most troublesome.” He hopes that one does not conclude from this that speaking in favor of insubordination is the way to go in the hope of pulling the support of 30% of voters.

He fears the right-wing shift will distance many who might otherwise consider embracing religion, as well as placing the democratic values of the Jewish state at risk.

Stern adds the roll of the party is not to lick its hands with glee as a result of the optimistic polls resulting from these problematic statements that influence the masses. “It is not the job of leaders to direct the people where he wants, but to make certain the people want to get to the correct places and to lead them in that direction.”