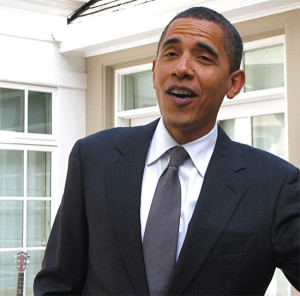 “America is stuck with high unemployment and low GDP growth, so it’s encouraging to see the President coming to Austin to talk about jobs — perhaps he will learn how to create some from the folks who know how,” Cruz said in a statement.

“Texas is leading the nation in economic growth and job creation because of principled, conservative leaders who understand the keys to economic success are lower, flatter taxes, limited government and restrained spending,” he added. “Texas has shown the country how it’s done, and we hope the President will take some of these lessons back to Washington to bring true economic recovery to our nation.”

This is Obama’s second visit to Texas in two weeks, Bloomberg reported. The Dallas Morning News speculated Thursday that part of the visit is to make Cruz the face of Republican obstruction.

“What Obama wants to do is come into Texas and say, look at how great everything is and to take credit for something that really isn’t his. And without saying it, he’s saying you’ve got this Sen. Ted Cruz who wants to be the fly in the ointment. Tell him to fall in line,” The Morning News quoted Bob Vander Plaats, president of the The Family Leader.