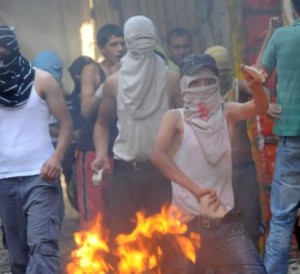 At least three bombs were hurled at the border police base in Abu Dis, northeast of Beit Lechem over the weekend. B’chasdei Hashem there were no fatalities or injuries.

In another incident, a soldier was injured in confrontations with Arabs near Tekoa, located in the eastern sector of Gush Etzion. There were many reports of rock-throwing targeting Israeli motorists on the Tunnel Highway between Gush Etzion and heading south towards Hebron. Baruch Hashem there were no injuries in the many rock-throwing attacks.