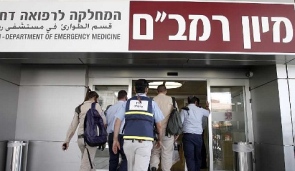 Israel Health Ministry officials announced that the nation’s six largest state-run hospitals have been ordered to accommodate Muslim worshippers. As such, these hospitals will have to dedicate a room for Muslim prayers. This must be done within18 months.

The ministry was responding to a petition to the High Court of Justice by a Muslim man who complained that there was no prayer area for him and other Islamic worshippers in Petach Tikvah’s Ichilov Hospital.