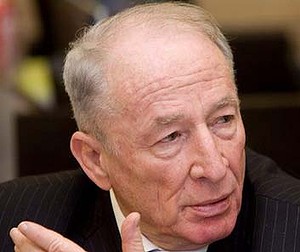 The Itim organization on Thursday, 26 Tammuz 5773 turned to State Attorney General Yehuda Weinstein, seeking to have extremists rabbonim removed from the 150-peson voting body that will elect Israel’s new chief rabbis. The organization is referring to those who do not recognize state giyur among IDF soldiers and civilians alike.

Representing the organization, attorney Elad Kaplan cited a number of rabbis who today serve on that voting body. This includes Rabbi Yehuda Dovid Wolpe (Rav of Rishon L’Tzion), Rabbi Yosef Sheinin (Rav of Ashdod), Rabbi Yosef Blau (Rav of Ashkelon), and Rabbi Simcha HaKohen Kook (Rav of Rehovot). Kaplan explains that in the past, Itim has been compelled to petition the High Court of Justice to permit giyorim to marry because some of the rabbonim mentioned refused to recognize state giyur. Itim feels this is a ridiculous and untenable situation.

Itim rejects rabbis who are conducting themselves contrary to a High Court ruling which compels not interfering with the converts, and in the organization’s opinion, these same rabbonim are also acting contrary to the Torah, citing the pasuk

Kaplan adds that the voting body “should be checking the tzitzis of the candidates but instead, it appears the voting body must check itself first.” Itim feels that it is totally unacceptable that rabbis who mock the system and refuse to accept state giyur have a vote in determining who will become the next Chief Rabbis of Israel.