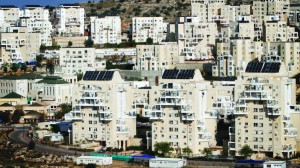 Ariel stated during a session of the Knesset Finance Committee that “in order to alleviate the crisis, we must begin massive construction in settlement blocs in Yehuda and Shomron and Yerushalayim”.

“Yishuvim like Beit Aryeh, Ofarim, and Elkana are in the center of the country and we are ready to push 10,000 housing units in the immediate future” he added.

Meretz party leader MK Zahava Gal-On was quick to respond, attacking Ariel’s plan. “Now you have found an economic reason and not just a political one to continue building in settlements. To my sorrow this government has many ways to speed up construction in the yishuvim.”