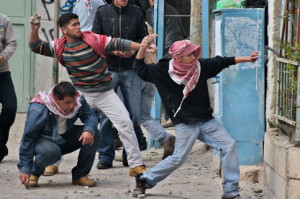 Dozens of Arabs threw rocks at a police station on Sultan Suleiman Street in the eastern capital resulting in a number of officers being injured. Police used riot gear to control the attack, not wishing to fire live ammunition.

The attack on Friday, erev Shabbos Nachamu 5773 followed the arrest of a number of Arabs for throwing rocks at Jewish pedestrians and motorists in the area of the Old City. At least two policemen were treated for light injuries. Five police vehicle were damaged in the attack.