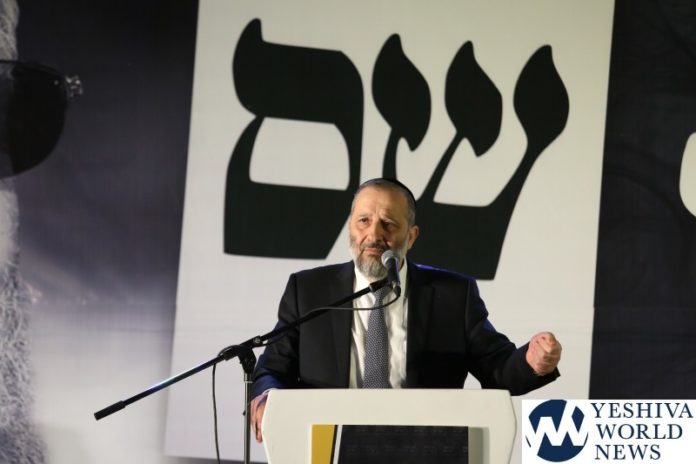 Interior Minister Aryeh Deri issued an instruction on Sunday evening to the Border Crossings, Population and Immigration Administration to prepare a recommendation for the courts regarding retracting the residency of Omar Barghouti in Israel. Barghouti is the Co-Founder of the BDS movement. Revoking his residency status is being considered due to the claim that he has created a breach of trust with the State of Israel.

The interior minister’s decision came upon the heels of a decision by the Deputy Attorney-General Dina Zilber who said that Deri, as Interior Minister has the authority to revoke the resident status of any person due to breach of trust with the state.
According to reports in the Israeli media, the decision took years to implement simply because the law allowing the Interior Minister to revoke resident status over such a transgression had not been put in place. A 2018 amendment to the residence law fixed that problem and allowed the cancelation of resident status over breach of trust, without approval from the Attorney-General’s Office.

“I plan to act quickly to revoke Omar Barghouti’s resident status in Israel,” Deri said. “This is a man who is doing everything he can to harm the State of Israel and therefore it is prohibited for us to allow him to enjoy the rights associated with being a resident here.”