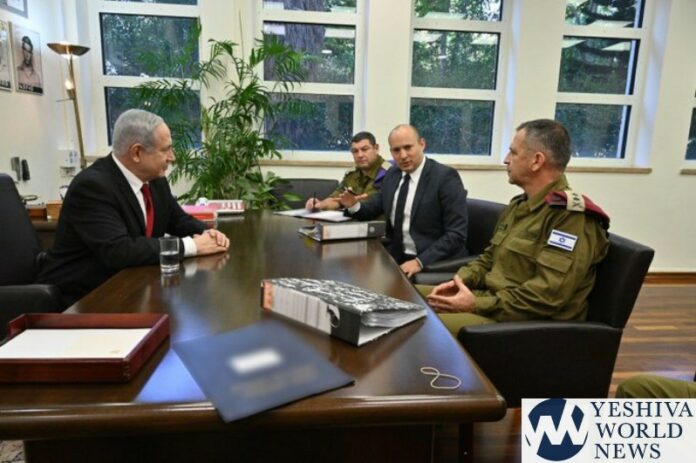 New Right chairman Naftali Bennett took over the reins of Defense Minister from Prime Minister Binyamin Netanyahu on Tuesday morning at 11 a.m. at the Kirya IDF headquarters in Tel Aviv in the presence of IDF Chief of Staff Aviv Kochavi.

Bennett is currently in the command bunker, also known as “the pit” and has been there since the wee hours of the morning. On Monday night, he met with IDF Chief of Staff Aviv Kochavi and head of Shin Bet Nadav Argaman.

Fortunately, Bennett had requested to begin his position without the traditional honor guard ceremony, which would have been canceled in light of the current security situation. Bennett has said he would rather “begin working immediately on the significant challenges ahead.”