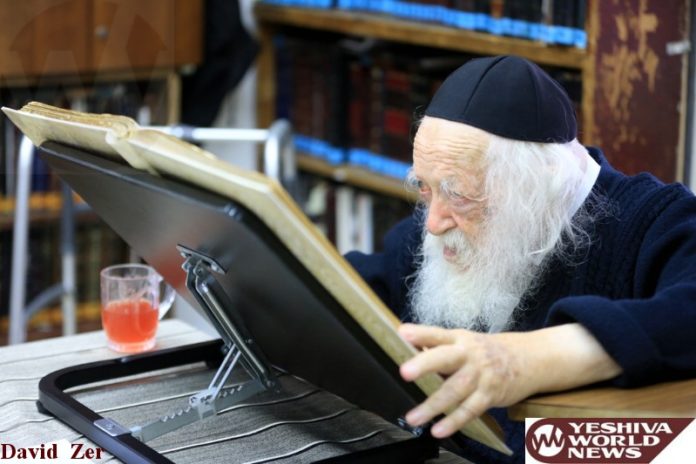 Two weeks ago, two yeshiva bochurim from Yeshivas Orchos HaTorah, together with their mashgiach, HaRav Chizkiyahu Mishkovsky, went to the home of Hagoan HaRav Chaim Kanievsky to request a bracha for a shidduch.

When they spoke with the Gadol Hador, Rav Kaniesvsky deviated from his usual minhag of granting a bracha in the briefest way [by saying “Boo-ah” in short for Brocha V’hatzlacha”] possible so as not to take time from his learning or the other people waiting. Instead, he took time to listen at length to the distress of the bachurim, who apparently had been looking for shidduchim for a long time without success.

To their surprise, Rav Kanievsky blessed them both with the same bracha, saying “Meheira, meheira” (quickly, quickly). The bochurim left with shining faces, very happy with the rare bracha they received.

Exactly two weeks after receiving the bracha, both bochurim got engaged this past Thursday night. The two bochurim said that the suggestion for their shidduchim came hours after their visit to Rav Kanievsky.