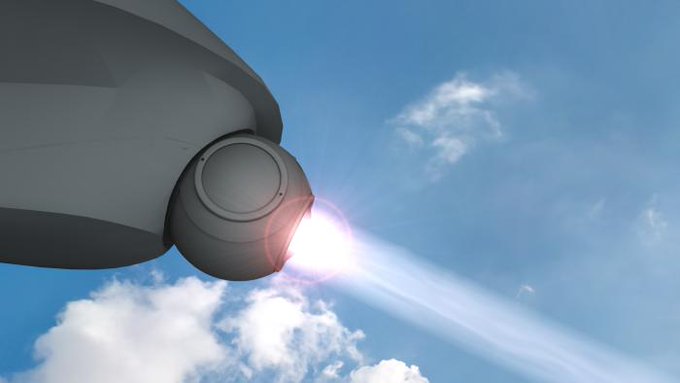 A major breakthrough has been made by Israel’s defense development experts in laser technology, the Defense Ministry announced last week. An innovative laser beam system that is capable of intercepting missiles and small drones has been developed after over a decade of research by the Rafael and Elbit Defense Systems and academic experts and will be tested over the next year.

The technological breakthrough involves the precision of the laser beam, which must be capable of honing in on distant targets without being affected by atmospheric barriers such as clouds or dust storms.

“This is a dramatic solution to rocket fire,” said Dubi Oster, head of the Optronics Department of the Directorate of Defense Research and Development (DDR&D). “We have been working on this for years. But it is challenging to get a good-quality beam to stay the size you need at the range you need… for example, a beam the diameter of a coin from here [in Tel Aviv] to Herzliya.”

Oster explained that the Defense Ministry used an advanced algorithm to combine several laser beams into one powerful and precise beam to intercept a variety of air-borne projectiles, including rockets, drones and anti-tank missiles.

Each laser system will cost millions of dollars to create but will cost only about one dollar for each use, meaning that the cost of the system will ultimately be cost-effective, said Brig. Gen. Yaniv Rotem, head of the DDR&D.

“During a war, missile interceptors will at one point run out, but with this system, as long as you have electricity, you have a never-ending supply,” Rotem said. “This is a weapon that you can’t see or hear.”

The laser system will complement the Iron Dome system rather than replace it and the two different missile defense systems that will complement each other is a “game-changer,” Rotem said.

Unlike the all-weather Iron Dome, the laser system won’t operate well in low visibility conditions such as heavy clouds. “We can only shoot down with a laser what we can see,” Rotem said. Additionally, the laser system’s range will not extend as far as the Iron Dome system and its focused line-like beam will only be able to shoot down one rocket at a time.

“Based on high-energy lasers, this technology will prompt a strategic change in the defense capabilities of the State of Israel,” the Defense Ministry stated, adding that the laser defense system is in its early stages of development and won’t be operational in the near future.

The Defense Ministry is creating three programs for the application of the laser system over the next year, one on the ground to place on Israel’s borders to complement the existing Iron Dome system; a second mobile version to place on military vehicles to protect IDF troops in the field; and one that can be placed on drones.

“In addition to our existing war tools, we will add a laser sword against the threats, in the north and in the south,” Defense Minister Naftali Bennett said.