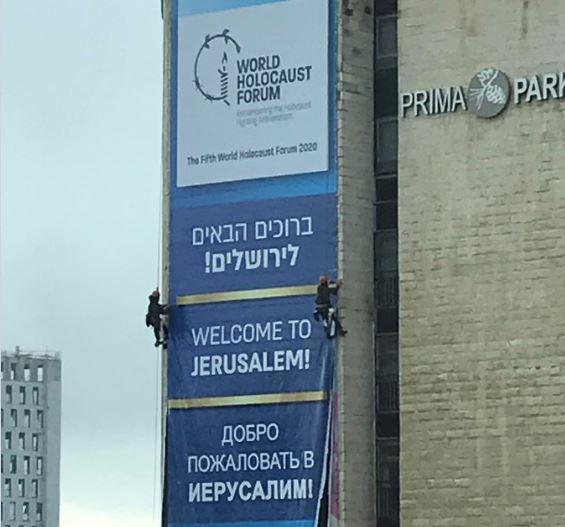 Kings, crown princes, presidents, prime ministers and other world leaders are arriving in Israel this week to attend the World Holocaust Forum at Yad Vashem on Thursday, marking the 75th year since the liberation of Auschwitz-Birkenau.

The gathering of world leaders poses a huge security challenge for Israel’s security forces, the third-largest gathering since the funerals of Shimon Peres in 2016 and Yitzchak Rabin in 1995.

Some of the most notable leaders who will attend the forum are US Vice President Mike Pence, Russian President Vladimir Putin, French President Emmanuel Macron, German President Frank-Walter Steinmeier and Prince Charles of Britain, who are all slated to deliver a speech at the forum. Rav Yisrael Meir Lau, chairman of the Yad Vashem council as well as Prime Minister Binyamin Netanyahu will also speak.

Other royals who will attend in addition to Prince Charles, who is making his first official visit to Israel, are the kings of Spain, Belgium, and Holland, the crown prince of Norway and the grand duke of Luxembourg.

Many European countries that had a large population of Jews who were killed during the Holocaust will be represented at the forum but a representative of the country with the largest number of Jews killed during the Holocaust (3 million) – Poland – will be noticeably missing. Poland’s absence is mainly due to its anger over the fact that Israel refuses to go along with Poland’s denial of many many of its citizens who not only aided the Nazis in murdering Jews but murdered thousands of Jews of their own volition. However, Polish President Andrzeg Duda’s official excuse for not attending is due to the fact that he wasn’t invited to deliver a speech at the forum.

Jerusalem’s most luxurious hotels have been booked by leaders on a “first come first served” basis, with many leaders including Prince Charles staying at the King David Hotel. Putin will be staying at the David Citadel and US representatives, Vice President Mike Pence and Speaker of the House Nancy Pelosi, confirmed their attendance only days ago and were”left” with the Crowne Plaza.

The security arrangements for the world leaders in downtown Jerusalem are expected to cause traffic jams from Wednesday morning to Friday afternoon as police and other security officials close streets around the area.

President Reuven Rivlin will be hosting about 40 of the world leaders at the President’s Residence on Wednesday – the day before the forum – for an official state dinner and discussion, at which the King Felipe VI of Spain will address the crowd.