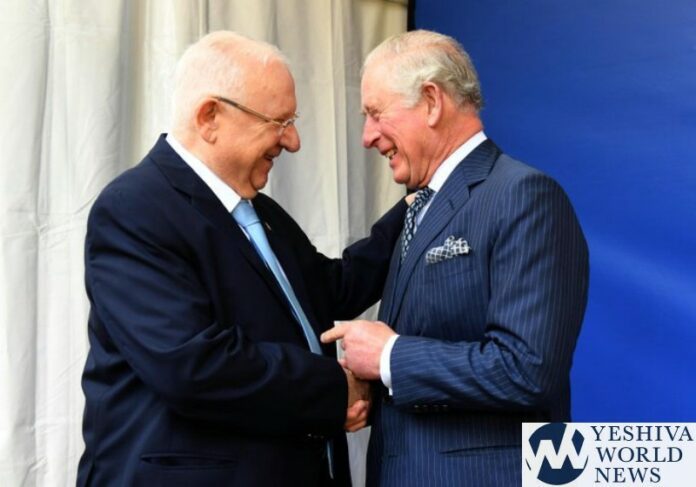 Prince Charles arrived in Israel late Wednesday night and was hosted by President Reuven Rivlin in the President’s Residence on Thursday morning prior to the World Holocaust Forum at Yad Vashem on Thursday afternoon.

Rivlin told the Prince of Wales that he was born in Jerusalem when it was still under the British Mandate.

“It’s a great honor and pleasure to have somebody from the Royal Family,” Rivlin said. “We are still expecting your mother to come. We deeply appreciate your participation in this historic event.”

Prince Charles’s son, Prince William, was the first to make an official visit to Israel and the Palestinian territories in 2018.

Prince Charles visited Israel twice as a representative of the queen for the funerals of Yitzchak Rabin in 1995 and Shimon Peres in 2016.

While in Israel, he visited the grave of his paternal grandmother, Princess Alice of Battenberg, who is buried on Har Hazeisim at the Church of Mary Magdalene. Princess Alice hid a Jewish woman and two of her children during the Holocaust and was recognized as a Righteous Gentile by Yad Vashem.

Prince Phillip has visited his mother’s grave in Israel but the Queen has never been in Israel.