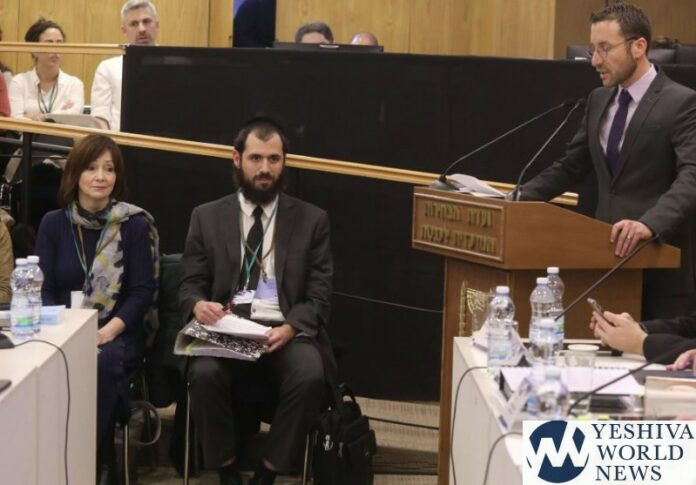 MK Itzik Shmuli (Labor) submitted the petition for the party’s disqualification and there was a unanimous vote against the party.

The committee also voted to disqualify Arab Joint Arab List MK Heba Yazbak (Balad) from running in the upcoming elections due to her public statements supporting terrorism against Israel.

The final decision for both disqualifications will be made by the Supreme Court, which is likely to overturn them, as it has done in the past with similar petitions.

The Central Elections Committee had agreed to register Trimbobler-Amir’s party on the condition that it commits itself not to condone the assassination of former prime minister Yitzchak Rabin.

The party’s full name is “Mishpat Tzedek Party for Judicial Reform and the Release of Yigal Amir.” Trimbobler-Amir said that the party’s goals are to obtain a retrial for Amir as well as other unjustly jailed prisoners, to improve prison conditions and advance reforms in the legal system.

The party is headed by Trimbobler-Amir and Yigal’s mother, Geula Amir, is in the sixth spot.