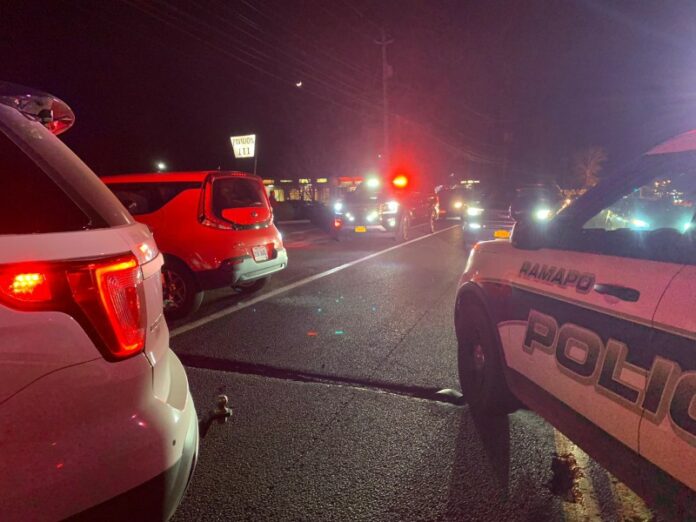 A Jewish female was robbed at the LifePlex Health Club (gym) on College Rd in Monsey at around 8:30PM, Wednesday night. The suspect fled in a vehicle, but crashed just nearby in front of “Wine on 59” on Route 59. The suspect then bailed from the vehicle, and fled on foot.

Ramapo PD and Rockland Chaverim responded and conducted a search for the suspect.

Authorities apprehended a possible suspect in front of the 7/11, but as of this YWN post, it has not been confirmed to be the suspect. The victim is being brought to the Ramapo Police Headquarters to make a positive identification.

Rockland Hatzolah is treating one victim from the crash for minor injuries.