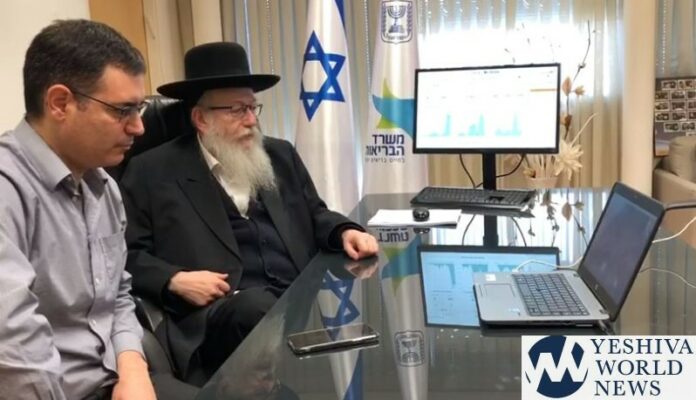 Israel’s Foreign Ministry issued an official request to Japan on Wednesday to release the 15 Israeli passengers quarantined on the Japanese cruise ship Diamond Princess on which passengers were diagnosed with the coronavirus.

Israel’s request came after Japan’s Health Ministry informed Israel’s Health Ministry that the Israeli passengers are slated to be released next week when the 14-day quarantine period ends. Foreign Minister Yisrael Katz said that there will be a meeting on Thursday in the ministry regarding the necessary preparations to bring the Israelis passengers back to Israel.

Due to the chance that the Israeli passengers could contract the virus after leaving the ship, they will have to be quarantined again upon arrival in Israel.

Earlier on Wednesday, Health Minister Yaakov Litzman and director-general Moshe Bar Siman-Tov spoke to the Israelis aboard the ship via video.

All the Israelis expressed the same concern about how they would return to Israel in light of the fact that no countries are interested in allowing potential coronavirus carriers to enter their territory to catch a connecting flight to Israel.

Litzman even gave the passengers the phone number of his assistant in case of any potential problems.

As of Wednesday, a total of 174 people on the ship have been diagnosed with the coronavirus, including a Japanese health official, and have been evacuated to local hospitals.