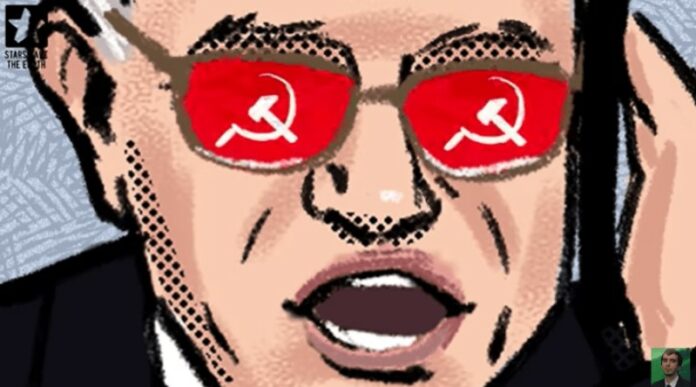 In their newest video, Sanders appears to initiate the call, thinking he is talking to climate activist Greta Thunberg and her father.

“I just wanted to congratulate you on the extraordinary role you are playing in rallying young people and people throughout the world on this terrible, terrible crisis of climate change,” the person believed to be Sanders says.

The actress posing as Thunberg later says, “We would like to help you, in your campaign in some way, what is the best thing to do?”

The person on the other end of the line, who sounds a lot like the Democratic Socialist, says, “Well if you would like to help in our campaign that would be wonderful, and we would be very appreciative, because you have generated so much excitement among young people and all people throughout the world. You are admired very, very much.”

“If you wanted to make a statement in support of our plan and my candidacy, I would be very appreciative. We can bring some folks together with you, and we can have a wonderful meeting if that’s something you are interested in.”

The pranksters continue the conversation for several minutes. Then, suggest to ‘Sanders’ he was, “recruited and programmed to work for Russia,” and his “memory was erased so the CIA wouldn’t track you down.”

The man responds, “Is this what you believe?” ‘Greta’ continues, “Yes! You’ve become a sleeper agent of the KGB, yes. Now it’s time to wake up and fulfill your mission, become President of the United States, build communism in the United States, and work for Russia. I will tell you the code phrase and you will remember.”

“Russian hackers will begin an operation to bring you to power in the United States.”

At this point, the call abruptly ends.