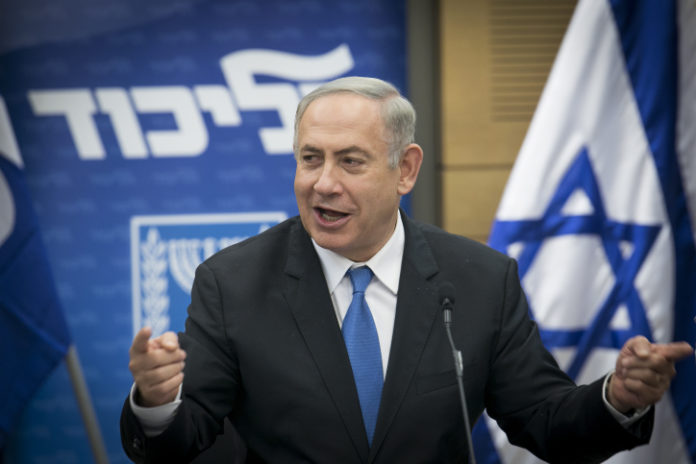 Prime Minister Binyamin Netanyahu’s associates claimed that “the establishment of a government is a matter of a few days” in interviews with the media on Tuesday morning.

According to Likud MK Miki Zohar and Netanyahu’s advisors Yonatan Orich and Topaz Luk, the Likud intends to influence MKs from the center-left bloc to defect, thus reaching the desired number of MKs to form a stable right-wing bloc.

“We already spoke with four to six MKs from the opposing camp. They understand that the only government that can be established will be led by Netanyahu,” Orich said in an interview with Channel 13 News.

“The other side understands that this is the right thing to do,” Orich said in an interview with Army Radio, adding that “the tune is different than April.”

The specific MKs who have been mentioned as possible defectors are Blue and White MK Omer Yankelevich, the party’s only Chareidi representative who was exposed as calling Blue & White leader Benny Gantz as “a nothing, a compete zero” on the eve of the elections, as well as Blue and White MKs Yoaz Hendel and Zvi Hauser, both members of Bogie Ya’alon’s center-right Telem party and considered the most right-wing members of Blue & White.

Hendel served as Director of Communications and Public Diplomacy for Netanyahu in 2011-2012 and Hauser served as the Knesset Secretary, deputy Director-General of the Prime Minister’s Office and the Knesset’s spokesperson from 2009-2013 in the 32nd government headed by Netanyahu.

Upon being asked by a Channel 12 News reporter on Tuesday morning whether she would defect to the right-wing camp, Yankelevich said “I have no response at this stage” but a few minutes later she told Ynet that “it won’t happen.” Later she tweeted that “It’s all rumors. It won’t happen.”

Hendel and Hauser also denied that they would consider defecting to the right-wing camp on Tuesday morning. Hauser told Times of Israel: “It’s complete nonsense. There is no truth to it whatsoever. We are a union of three parties [in Blue and White] that ran as a unit to present an alternative [to Likud]. We will continue to do that.”

Hendel told Times of Israel: “There is no such possibility and it won’t happen.”

Another name mentioned as a possible defector was Gesher chairman Orly Levy-Abekasis from the Labor-Gesher-Meretz alliance as well as possibly others MKs from the alliance.

Levy-Abekasis, the daughter of Likud politician David Levy, originally entered the Knesset as part of the then solidly right-wing Yisrael Beiteinu but left in 2017 to sit as an independent, later forming her own Gesher party.

According to a Channel 20 News report on Tuesday morning, another Blue & White MK who may be a possible defector is Blue & White MK Orit Farkash-Hacohen, with the report saying that she stated in an Army Radio interview on Tuesday morning that she would consider sitting in the same government as Netanyahu and a national unity government headed by Netanyahu should be seriously considered.

Farkash-Hacohen’s statement followed Blue & White chairman Benny Ganz’s proclamation on Monday night that he will not sit in a unity government with Netanyahu.