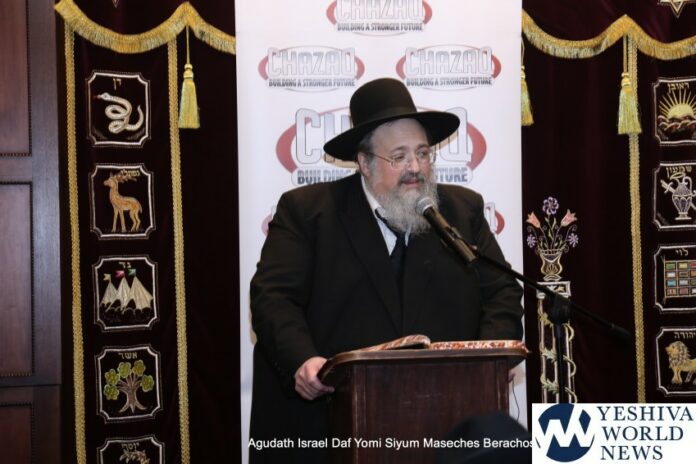 Like crocuses heralding the onset of spring as their dainty petals poke their way through the still-frozen soil, the culmination of Maseches Berachos whispered the promise of the 2027 Global Siyum HaShas of Daf Yomi, now one step closer to becoming reality.

Both Daf Yomi veterans and newbies had been enthusiastically counting down the days until this first major milestone of the new cycle, the excitement of bringing Rav Meir Shapiro’s vision to life yet again prompting multiple siyumim to celebrate the completion of Berachos. The official siyum of the Agudah’s Daf Yomi Commission was held on March 5th in Scottsdale, Arizona and was livestreamed worldwide, with locals and nearby Phoenix residents packing The Scottsdale Torah Center – Ahavas Torah where mara d’asra Rabbi Ariel Shoshan spoke warmly, proudly announcing that for the first time ever, the number of community members making a siyum on the current masechta was too long to list. Rabbi Sholom Twerski, magid shiur of the largest Daf Yomi in Phoenix, completed the final words of Maseches Berachos and said the Hadran, followed by Rabbi Yonah Wohlgelernter saying Kaddish. Listeners were mesmerized by the eloquent words of Rabbi Ephraim Eliyahu Shapiro, Rav, Congregation Shaarei Tefilah of North Miami Beach, who spoke about the unity created by Daf Yomi as the key to the entire Torah and exhorted listeners to draw on the inspiration generated by this first siyum to continue through the entire Shas.

With Maseches Berachos culminating on Shabbos Parshas Zachor, multiple celebratory events were held on Motzoei Shabbos, March 7th. Approximately 200 people flocked to a siyum in Flatbush at Congregation Har Halebanon which featured both Rabbi David Ashear and Rabbi Paysach Krohn as well as live music, singing, dancing and a gala melave malkah. A concurrent siyum held at Congregation Ohel Simcha in Queens drew several hundred men and women who heard divrei chizuk from Rabbi Noach Isaac Oelbaum, Rav of Khal Nachlas Yitzchak, and Rabbi Labish Becker, executive director of the Agudah. Additional communal celebrations were held in Los Angeles and Chicago, among many others, and The Siyum Live’s broadcast regaled a global audience with live music, stories, previously unseen footage of The Siyum and a roundtable discussion with Rabbi Avi Schnall, the Agudah’s New Jersey director and Rabbi Elchanan Schwarz.

The true simchas haTorah for the first siyum of the 14th Daf Yomi cycle bloomed in virtually every Jewish community worldwide, inspiring lomdei haDaf to stay the course as they begin their 157 page long journey through Maseches Shabbos. Rabbi Eliyahu Simcha Bamberger, national director of the Daf Yomi Commission, shared the story of one misayem he met, a photographer who had been living in Arizona for 40 years.

“He told me that he never even dreamed that he could ever finish an entire masechta,” said Rabbi Bamberger. “What is happening in Scottsdale, a place that is literally in the middle of a midbar, is a siman of what is occurring everywhere – Torah is growing by leaps and bounds. As we begin Maseches Shabbos, we hope to see that growth continuing even farther.” 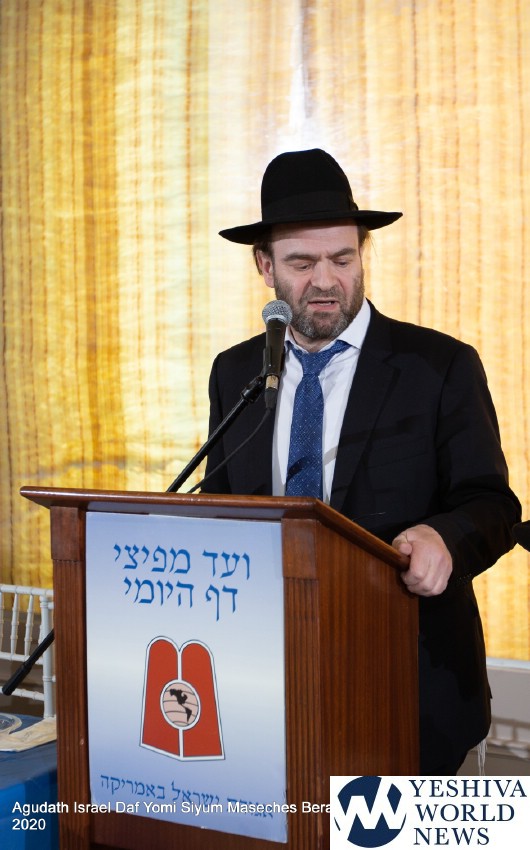 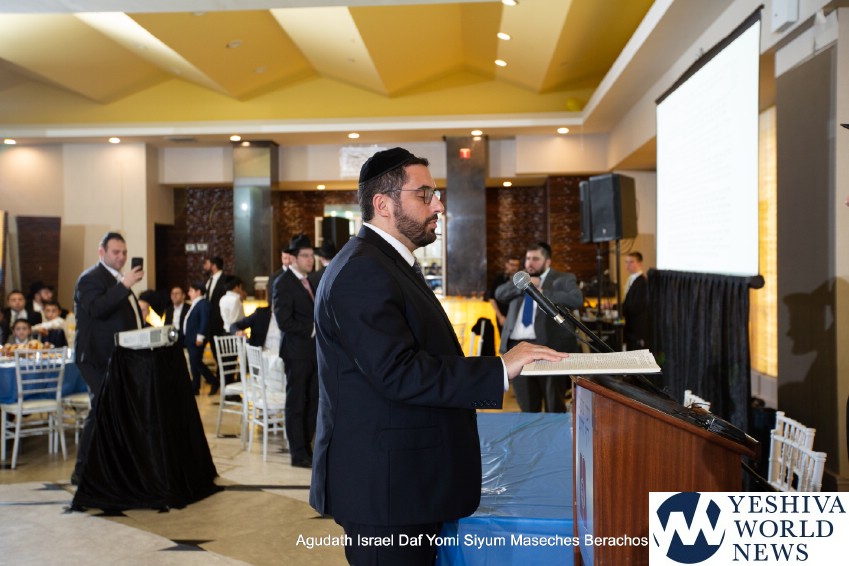 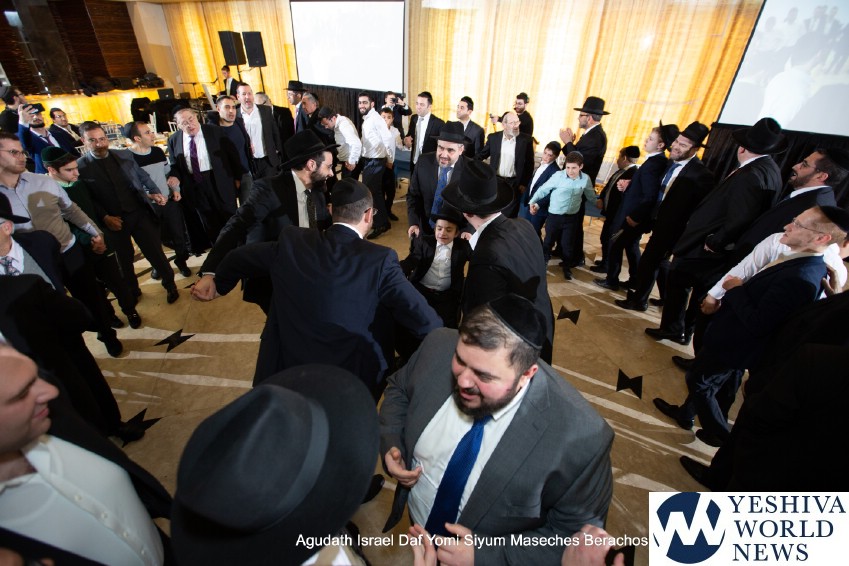 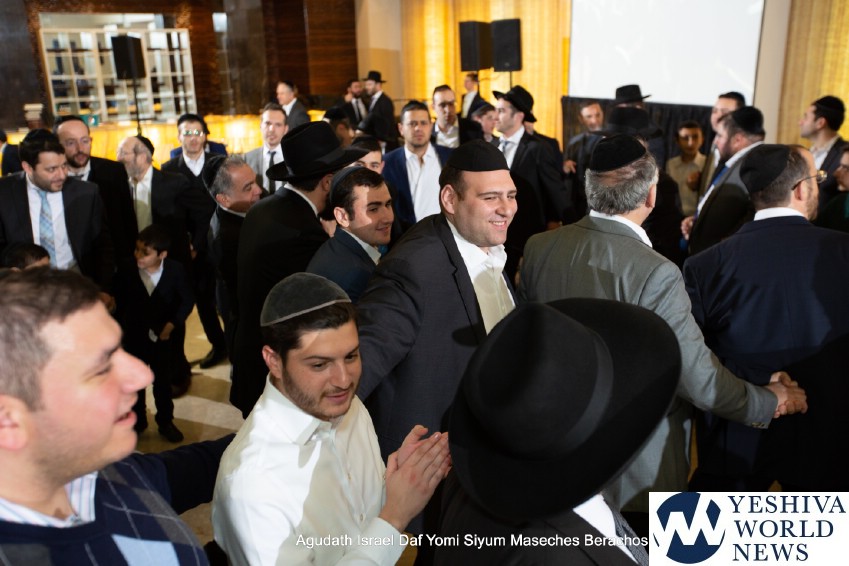 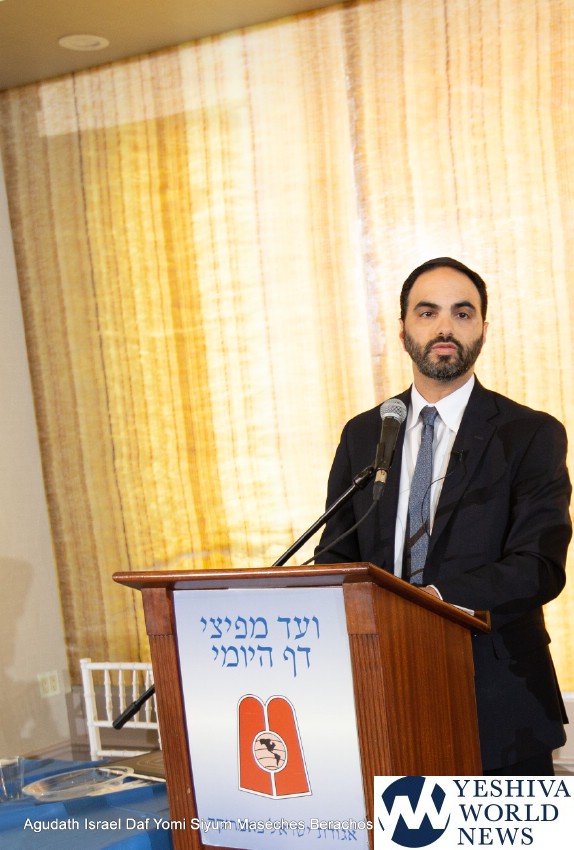 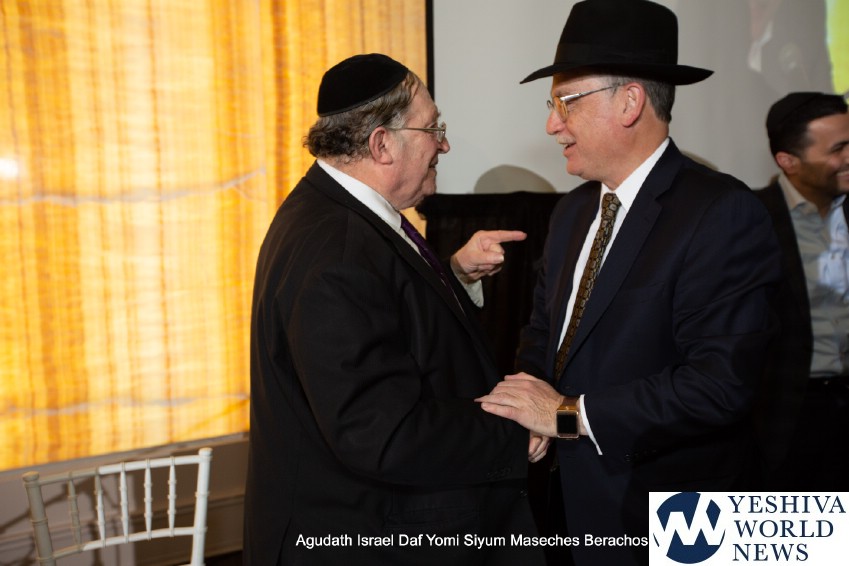 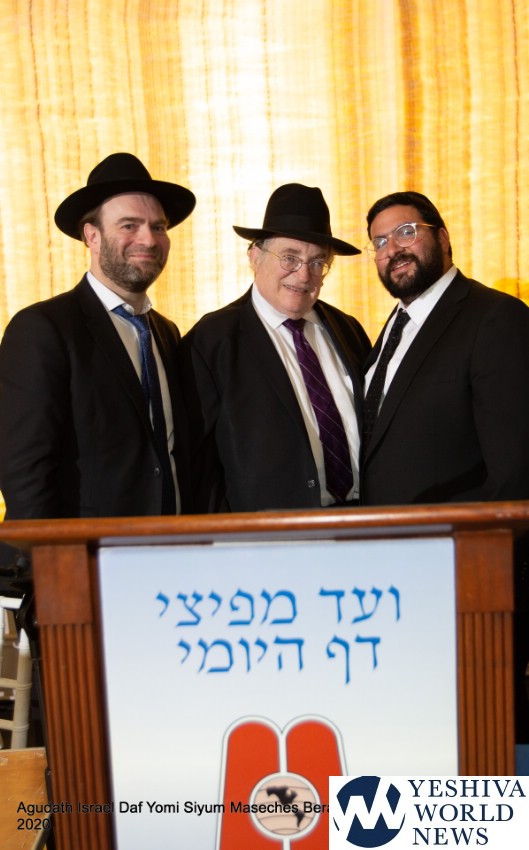 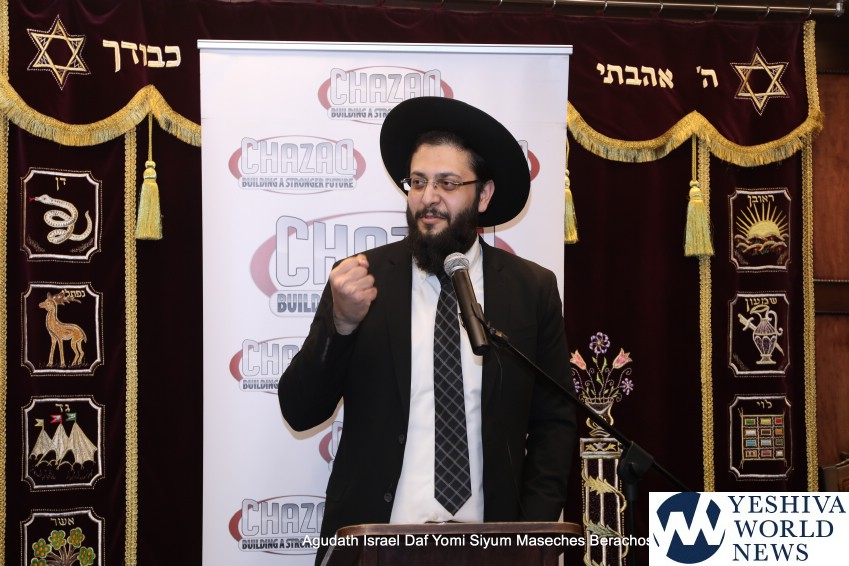 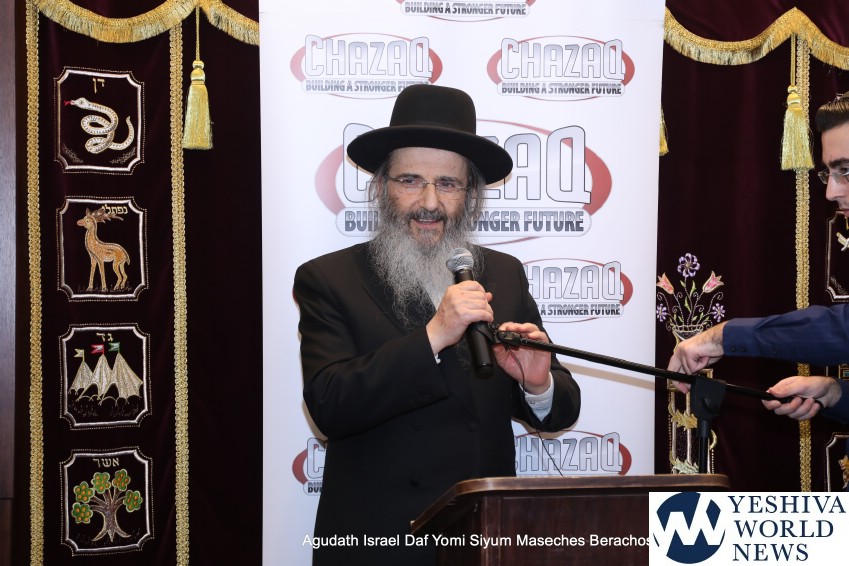 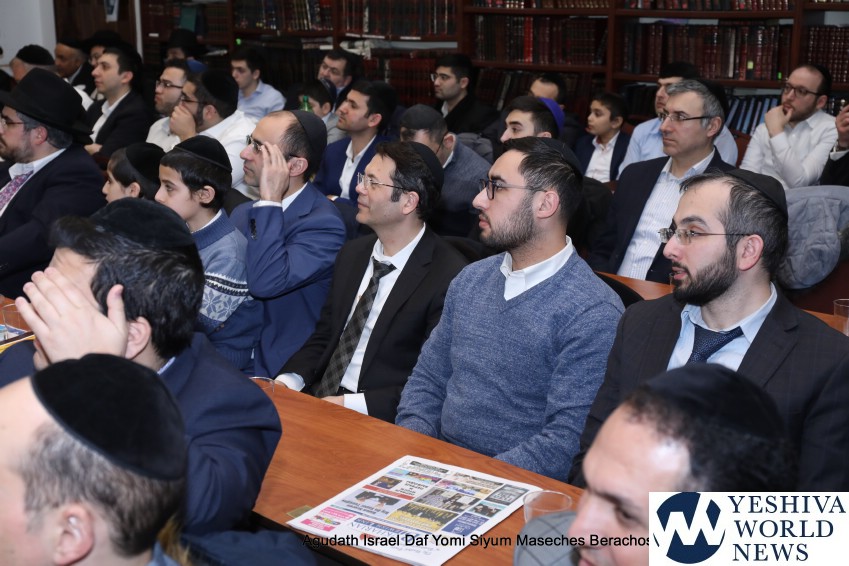 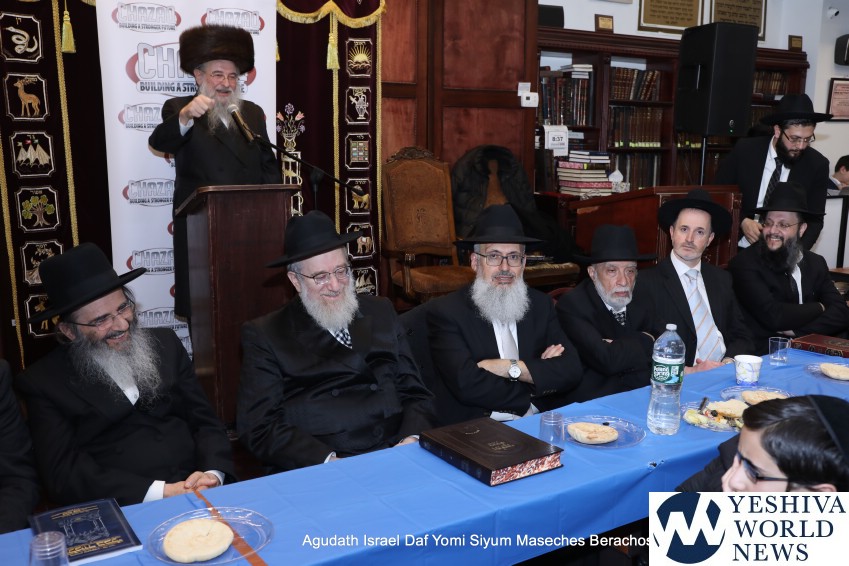 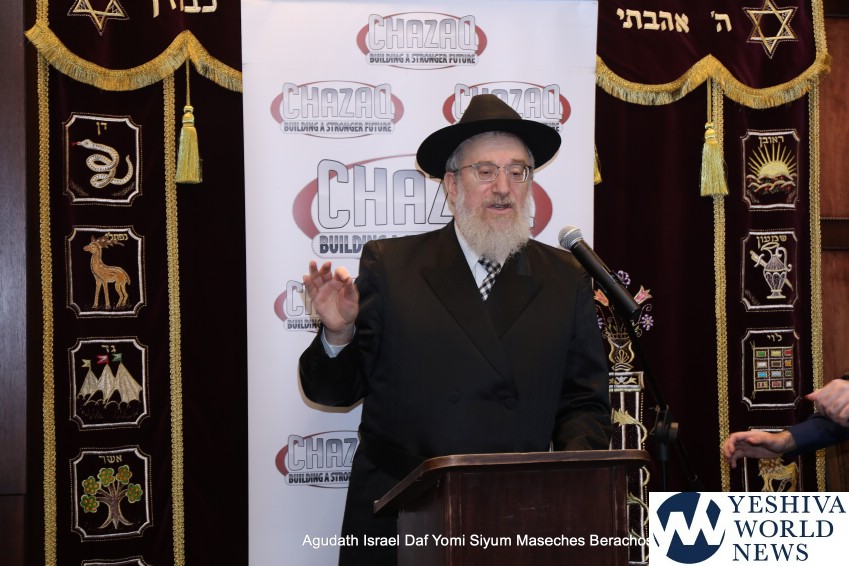 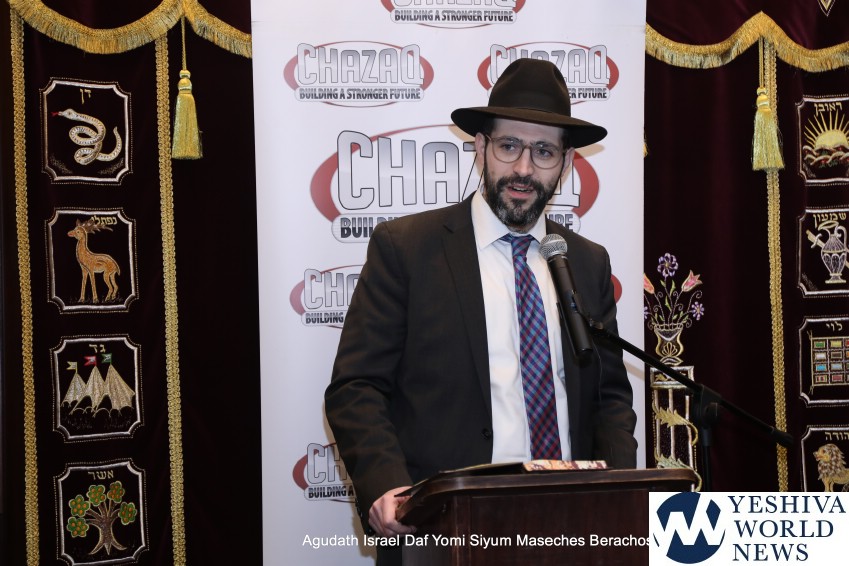 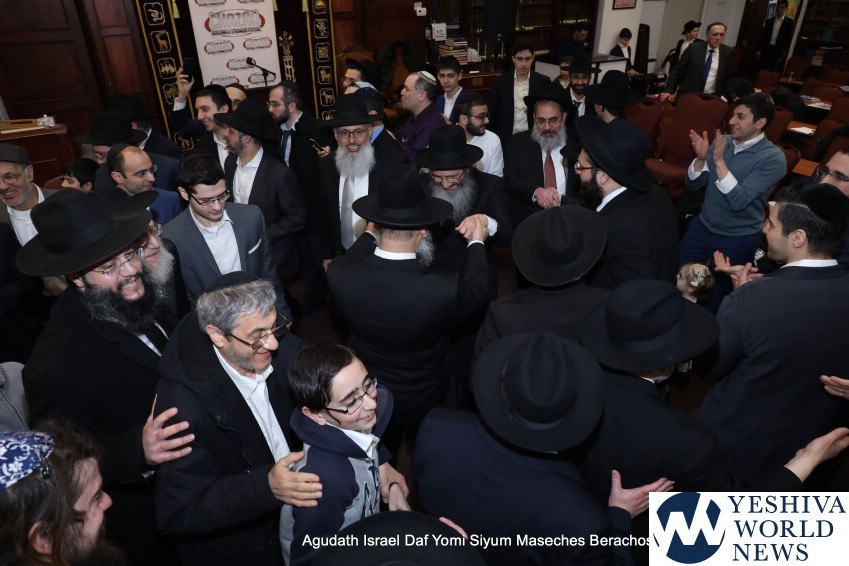 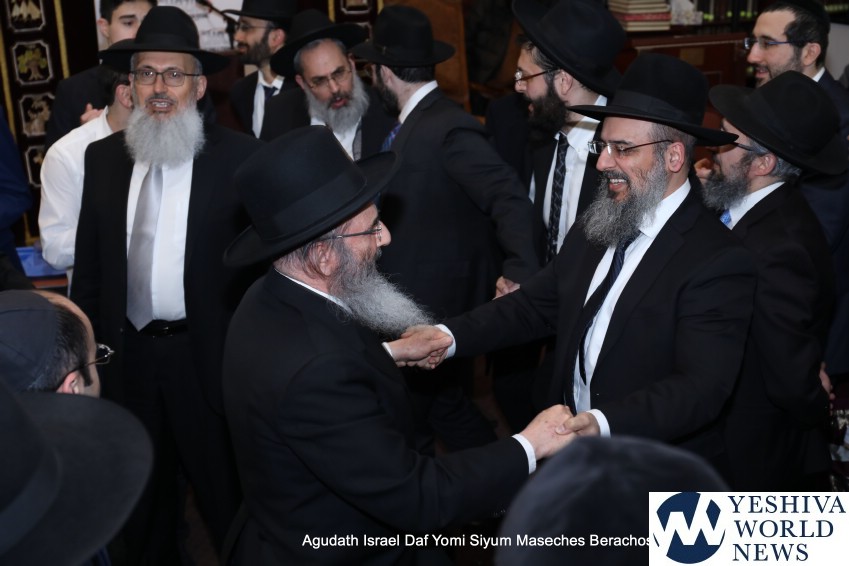 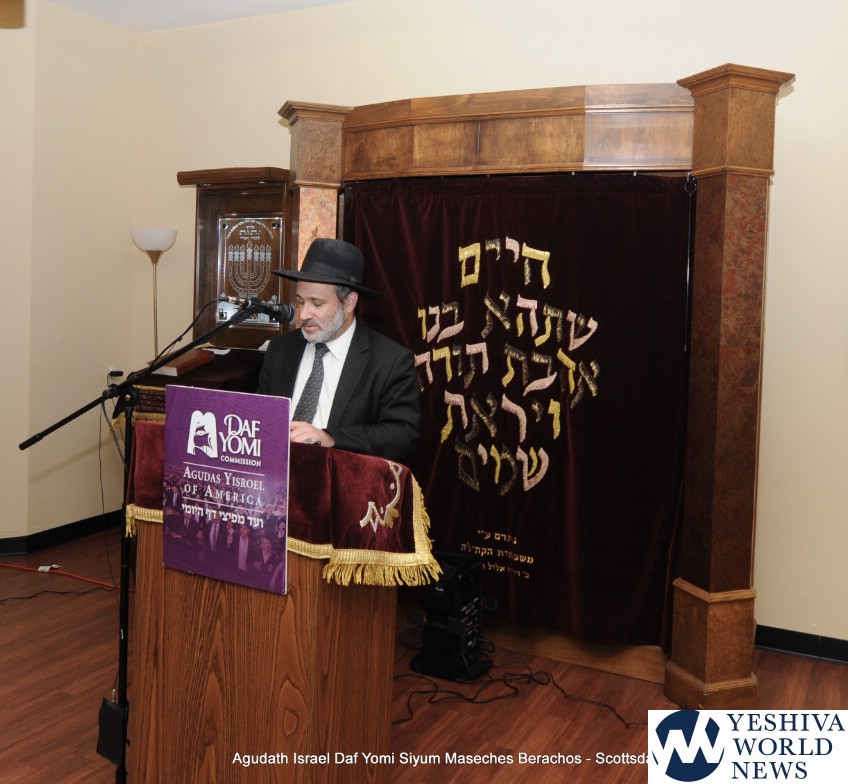 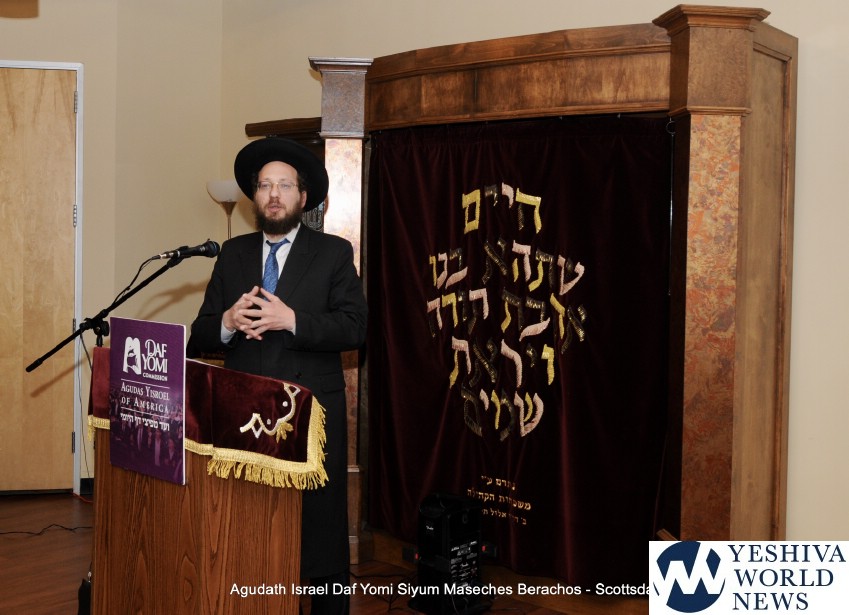 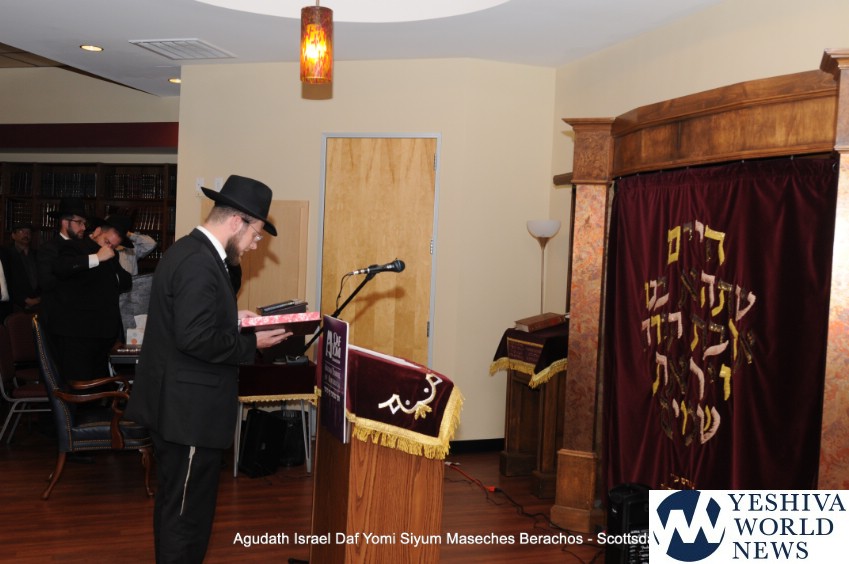 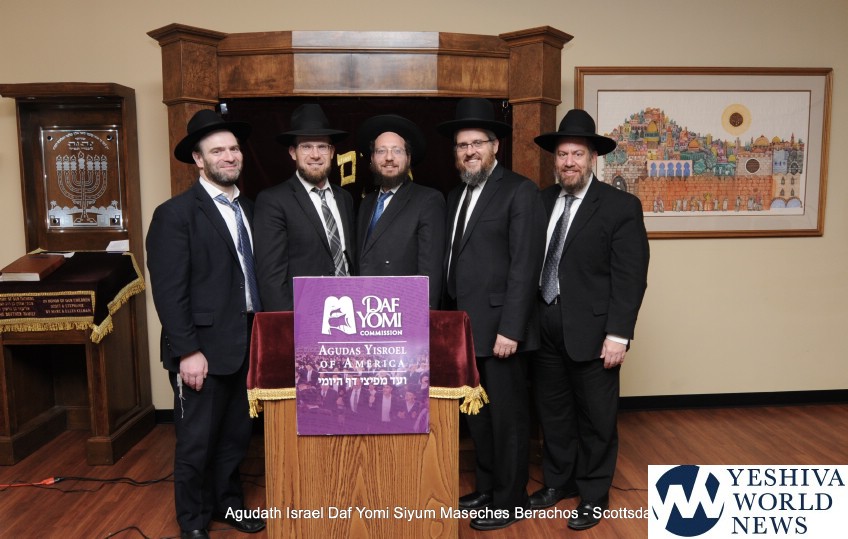 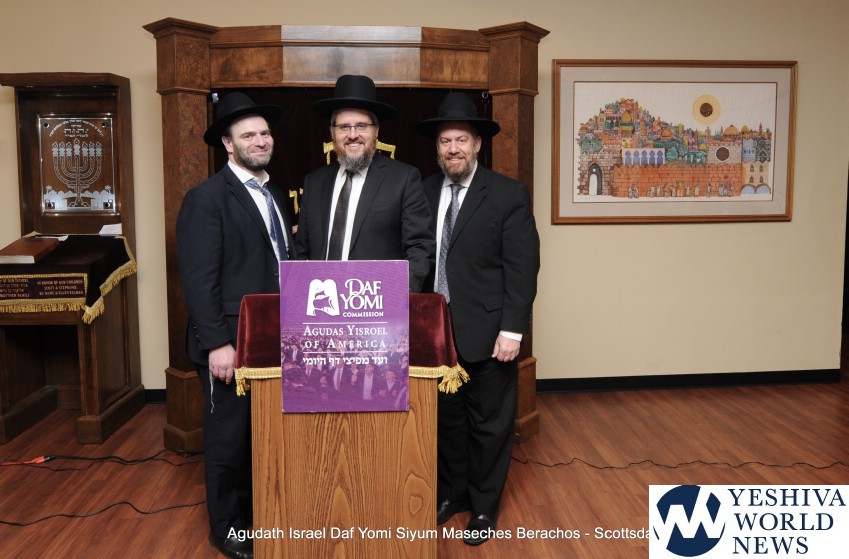