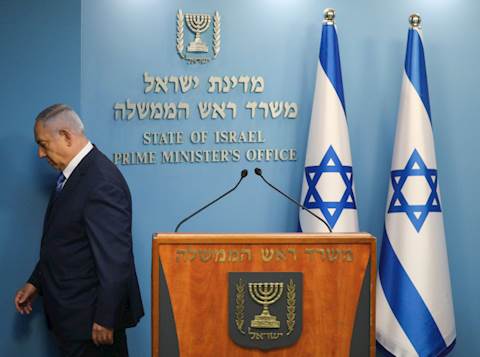 The Prime Minister’s Office (PMO) announced on Sunday night that Prime Minister Binyamin Netanyahu’s adviser on Chareidi affairs, Rivka Paluch, was diagnosed with the coronavirus, which she apparently contracted from her husband who tested positive for the virus after visiting Ichilov Hospital.

In light of the news, Israeli media outlets published reports on Monday morning that Netanyahu will be entering self-quarantine but the PMO subsequently denied the reports, saying that Health Ministry officials are carrying out an epidemiological investigation before drawing any conclusions.

A later report said that Netanyahu will not need to self-quarantine since the investigation showed that he has not been in the same room as Paluch in the past two weeks since he has been strictly adhering to Health Ministry regulations and has been carrying out the majority of his meetings and consultations via video conferences. Meanwhile, the prime minister and his closest staff members are self-quarantining until the investigation is complete.

However, Paluch was in the Knesset on Thursday and was in contact with other prime ministerial advisers and some MKs amid the political chaos as Blue and White split up, Blue and White chairman Benny Gantz was voted in as the new Knesset Speaker and negotiations began in earnest for an emergency national unity government between Netanyahu and Blue and White.

Currently, there are already seven MKs, including two ministers, in self-quarantine and the number may shoot up following the epidemiological investigation on whom Paluch was in close contact with.

Also, Netanyahu did hold an in-person all-night negotiation meeting with Blue & White leaders Benny Gantz and Gabi Ashkenazi. The prime minister, his wife Sara and his son Yair will be tested for the coronavirus again after being tested two weeks ago.

Paluch, 64, reported that she and her husband are feeling fine and are only having light symptoms although her husband was reportedly hospitalized.