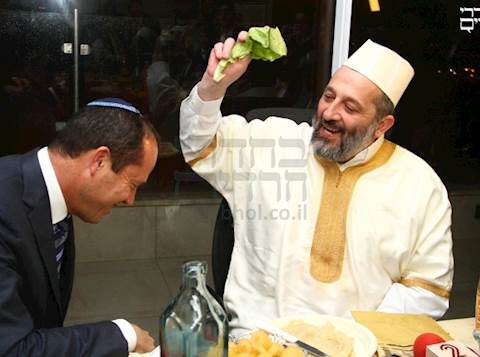 There is evidence that Israelis are tiring of staying inside. Traffic cameras are recording a high amount at traffic at intersections and families have been spotted taking hikes at nature reserves.

Government officials fear that Israelis may become more and more undisciplined as the last day of Pesach approaches, followed by the traditional Minouma celebrations on Motzei Yom Tov, which although originally only celebrated by Morrocan and Algerian Sephardim, are widely celebrated throughout Israel with large gathering and parties.

In light of the above, the government may renew the curfew put in place for the first day of Pesach, a Channel 12 News report said.

Knesset MKs will be asked to approve a curfew forbidding Israelis from leaving their home from Tuesday at 5 p.m. until Thursday morning as well as a ban on intercity traffic from Tuesday until Sunday morning at 6 am., enforced by police roadblocks.

There will also be an increased police presence on Wednesday night, Motzei Pesach, to prevent crowding in the traditional rush to buy fresh rolls and other forms of chametz.