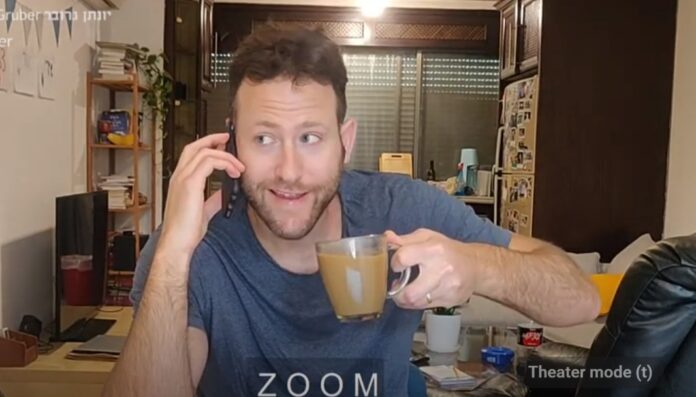 When Yonatan Gruber’s mother called him and asked him to teach her to use Zoom, he never imagined the frustrating experience would go viral, Times of Israel reported.

But after spending over an hour on the frustrating task, his wife complimented him on how patient he was. So Gruber, a comic by profession decided to record a humorous video about the experience (with his mother’s permission) and the video went viral, “more than anything I ever dreamed of.”

Since then Gruber has been interviewed by Israeli media outlets and has received countless calls from old friends and acquaintances and even from people he doesn’t know but who want to figure out who he is. The clip was shared so widely that his sister-in-law’s American-Israeli neighbors received the video from friends in the US who sent it to her.

Gruber, who grew up in Efrat, the third of five brothers, and currently resides in Tel Aviv, is thrilled by the attention the video is attracting since it’s drawing customers to the online improv workshops he offers in English and Hebrew to individuals, families and organizations – all in the zechus of his kibbud eim.

Watch the video with English subtitles below: