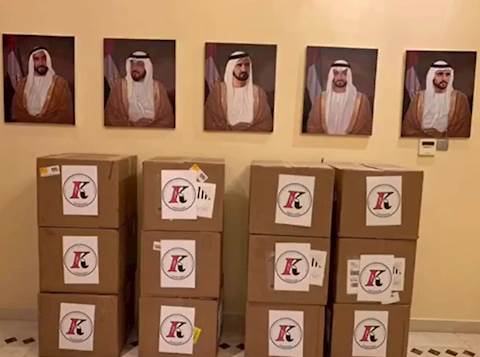 A large shipment of kosher meat was sent recently from the United States to the Jewish community in the United Arab Emirates, B’Chadrei Chareidim reported.

Members of the Jewish community in the UAE told Kan News that the state of Israel has no connection with the delivery from the US, adding that this is the first time that such a large amount of meat was delivered to the community.

Last year it was reported that a kosher catering company was established in Dubai but the company mainly prepares food that is not meat-based.

The meat delivery may be a result of the growth of the Jewish community in the UAE. In the capital city of Abu Dhabi, there is a small community and a few months ago, a mohel from Beitar traveled to the city to perform a bris on the son of one of the community’s members, the first bris ever performed in Abu Dhabi.

According to a Ynet report, there is also a small Jewish community in the city of Dubai which established a small shul and officially inaugurated it about nine months ago.

The community is estimated to number about 150 families or up to 2,000 – 3000 people, with most residents originally stemming from the US, Europe and South Africa. There are also many Jews who visit the city for business reasons.