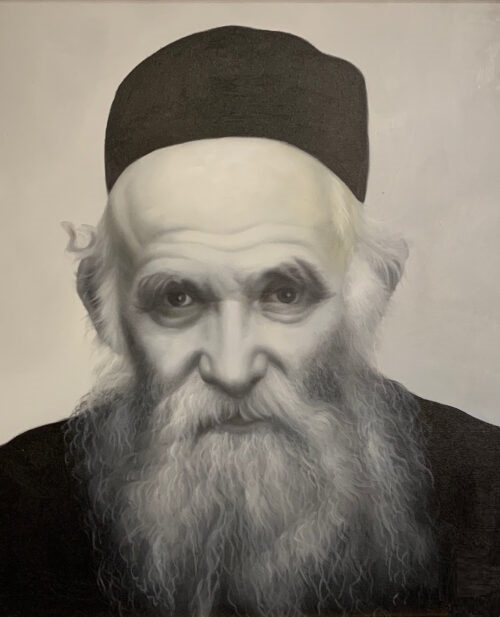 If you would like to subscribe to receive divrei Torah from Rav Aharon Kotler zt”l on a regular basis, or help sponsor these divrei Torah, please send an email to [email protected] with the words “Rav Aharon” in the subject line.

“And now, Israel, what does Hashem your G-d ask of you but to fear Hashem, to walk in all His ways, and to love Him, and to serve Hashem with all your heart and with all your soul..” (Parshas Aikev – Dvarim 10:12)

FEAR OF HASHEM IS A WISDOM DEPENDENT ONLY ON MAN

The Gemorah in Brachos (33b) derives from this pasuk “All is in the hands of Heaven except for fear of Heaven, as it says, “What does Hashem your G-d ask of you, just to fear Hashem..”  In other words, this is what He specifically asks of you, for this is dependent only upon man.  This is what the pasuk in Iyov says, “And unto man He said: Behold [hain], the fear of Hashem, that is wisdom; and to depart from evil is understanding” (Iyov 28:28), as in the Greek language they call one “hain.”  That is the idea of  fear of Hashem is unique in this matter – that it is completely dependent upon man’s bechira – freedom of choice. For Torah, even though it is dependent upon a person’s free choice, bechirah, and his great effort, the main point is syata deshmaya, help from Above.  For in syata d’shmaya is dependent upon how much a person will achieve after great effort and struggle and in the pathways of which the Torah is acquired.  But the fear of Heaven?  – its essence is dependent upon man alone.

This is what Chazal have said (Shabbos 31b), “Rabbi Yoḥanan said in the name of Rabbi Elazar: The Holy One, Blessed be He, has in His world only fear of Heaven alone, as it is stated: “And now, Israel, what does Hashem your G-d ask of you, but to fear Hashem your G-d” (Dvarim 10:12).  In His world – that is, it is dependent upon “olamo” – his department – and that is “yiras Hashem” which is the only area that is solely dependent upon man’s choice.

Now the pasuk in Iyov of “Hain yiras Hashem hi chochma” speaks about Chochmas HaYirah – the wisdom of fearing Hashem.  It seems that this is also dependent upon man’ s bechira – his freedom of choice – more so than other types of wisdom.

According to this, how much greater is the obligation to examine and further delve into Chochmas HaYirah – for without the proper learning of it and delving into it, he will not achieve anything, since achieving it is dependent just upon him.

DIFFERENT THAN OTHER WISDOMS

However, this wisdom is different than the nature of other wisdoms.  For with knowledge alone, he does not achieve or receive it.  If he has in his hand only the theoretical knowledge of chochmas haYirah – the chochma of fear of Hashem, but it does not come into practical use – it is abundantly clear that he has not fully fathomed the depths of recognizing its wisdom.  To him, it is only looked at as “outside possibility alone” and a mere theoretical aspect of wisdom.  This is what the pasuk (Iyov 28:28) says, “And the distancing of evil – this is bina – wisdom” – that the wisdom  is connected to practical action [yh: see also the Alshich on that pasuk].  For if the bina – the wisdom, does not end up in removing oneself from evil  – this is neither wisdom nor actual recognition – it just falls within the parameters of “mere thought.”

It is like what Chazal have said in regard to Do’eg (Sanhedrin 106b):  “The Torah of Do’eg is merely insincere lip service – which means that he was missing the depth of the inner understanding of Torah – and therefore he was not actually termed “a chochom.”

[yh: Up until now are the words of Rav Aharon zt”l.  However, we could gain much understanding by seeing this last Gemorah in Sanhedrin that Rav Aharon zt”l had quoted:

According to Rav Aharon zt”l’s pshat – this is the meaning of the Gemorah there that it is only theoretical knowledge – only in his mouth, but not in his heart. He does not have that inner profound understanding of yiras shamayim and is not expressed into practical action.]