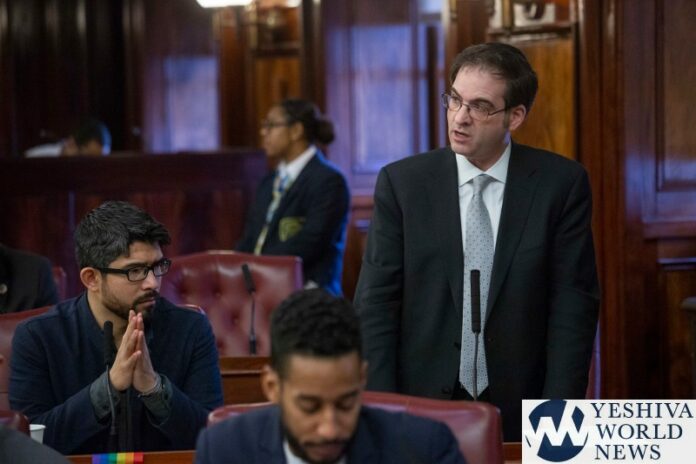 At Thursday’s regularly scheduled Stated Meeting of the City Council, Councilman Kalman Yeger introduced four surprise amendments on the floor, in a bid to force a debate and bring attention to the need for property tax relief for middle-class New Yorkers.

Yeger was ultimately joined by 12 Council Members in his efforts to reduce the interest charged to taxpayers unable to make timely property tax payments due to the COVID-19 crisis. Yeger’s proposals would have waived interest on all properties assessed at less than $250,000, which represents nearly all New York City residences. His proposals would also have reduced from 18% to 2% the interest charged on properties assessed at more than $250,000.

Yeger’s use of a parliamentary maneuver to force a debate was only the second time this mostly untested procedure had been used during the current Council session, which began in 2018. While the four amendments did not receive a majority of votes, the debate shined a bright light on the inherent unfairness of the property tax system.

Calling the city a “loanshark” and its interest rates “usurious,” Councilman Yeger said, “City Hall needs to seriously look at what we’re doing to New Yorkers.”

“People don’t skip tax payments because they don’t feel like paying, they skip it because they’re having trouble paying,” said Councilman Yeger. “Now, more than ever, we should stand up for our neighbors and do better for them.”

Councilman Yeger urged the Council “to instill some fairness in our tax collection system, to give our neighbors some breathing room during these difficult economic times.”

While the debate was unfolding in the Council, de Blasio Administration staffers began texting Council Members to urge them to defeat Yeger’s proposals, claiming they “will bankrupt the city and we will have no money for services.” The de Blasio Administration further threatened Council Members that the city “will have no money to pay city workers.” When Councilman Yeger learned of these text messages, he responded on Twitter, “’Bankrupt the city?’ C’mon.”

During the debate, multiple Council Members spoke out against the Administration’s threatening texts, but ultimately, the messages did what they were intended to do: Yeger’s proposed amendments failed by a vote of 13 in favor and 34 against.