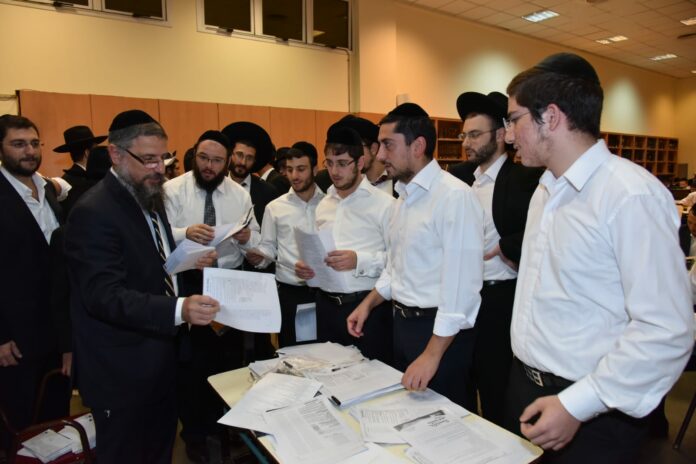 After Israel, the United States, and the European countries, the yeshivah bachurim in South America have also joined the international Bizchus Hatorah initiative. Just like the many people who are participating throughout the world, the community members in the South American countries also asked to join the revolutionary program which has united yeshivah bachurim worldwide in shared learning for chizzuk and preparation for Rosh Chodesh Elul.

The moving letter by maranan v’rabanan, published on Friday parshas Mattos-Massei, aroused much response in these countries and encouraged the local rabbanim and roshei yeshivos to join the initiative and become an inseparable part of the common and amazing learning project, to be mekadesh Shem Shamayim and lehagdil Torah u’leha’adirah.

In the Jewish communities of Panama, Venezuela, and Argentina, people have organized themselves over the past few days to join the program, and local access was arranged to Dirshu’s shiurim line, in which maranan v’rabanan, the Gedolei Yisroel, give shiurim every day on the sugyos taught. In addition, local shiurim are taught by rabbanim and roshei yeshivos from the Jewish communities in the South American countries, so as to make the learning content accessible to those who don’t understand lashon hakodesh.

“There is great excitement throughout all the Jewish communities in South America regarding the Bizchus Hatorah program, uniting yeshivah bachurim from around the world,” says Reb Daniel Cohen, Dirshu director in South America. “The idea that yeshivah bachurim worldwide are uniting speaks to everyone, and leads to special excitement, and we can clearly see the power of Torah d’rabim, which is an amazing and indescribable force, and be’ezras Hashem, in the merit of this power, bizchus the amazing strength of Torah, which has been created in such a rare and special way, we will merit being saved from the coronavirus.”