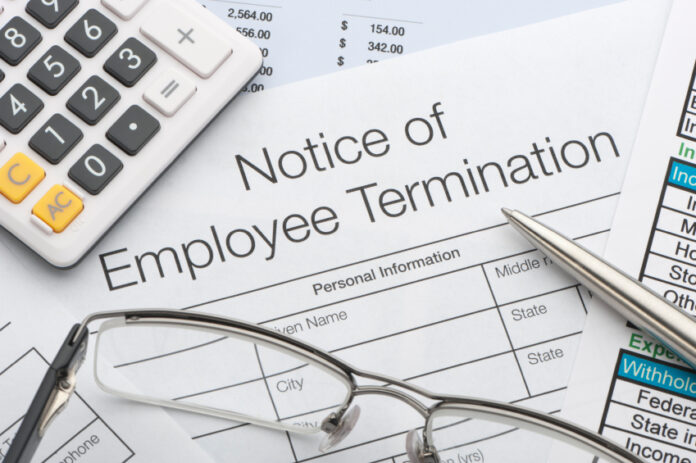 What happens when a school fires a Rebbe or Morah?  Are they allowed to do it in the first place – without cause?  If they do go through with it anyway – is there a severance package that must be offered?  What is, “Chodesh LaShana”, and is it binding upon schools?  Who holds that it is binding, and who holds that it is not?

The Torah shows concern for a number of groups.  We read last week of the Levi who has dedicated himself to fulfill the ratzon Hashem, and, therefore, has no property.  All of the other shvatim received land and an inheritance in Israel.  Not so the Levi.  It is our obligation as Jews to support him.

There were also extensions of these Mitzvos too.  Pe’ah was any amount according to the Torah halacha.  Chazal extended it to be a minimum of 1/60th of the land (See Chulin 137b).

Chazal were concerned about numerous groups, so they enacted that the poor were permitted to pick three times a day:

The Torah was also concerned for the Eved Ivri, the Hebrew slave, who worked for many years. When he no longer worked for the employer – there was an obligation to provide something called, “Hanakah.”  Hanaka is not just a watch and pen set.  It must be given from the employer’s wealth – it must be something significant. The Rambam tells us that with the destruction of the Beis HaMikdash, the concept of Eved Ivri – no longer applies.

The Sefer HaChinuch in Mitzvah #482 rules that the concept of providing for an employee after he was in your employ for a significant length of time is an obligation even in modern times.  The Sefer HaChinuch is understood by most meforshim to be referring to the Gemorah’s understanding of a pasuk in Mishlei (2:2) in Bava Metziah 51b of acting over and above the minimum halacha (lifnim mishuras hadin).

The Posek HaDor Rav Moshe Feinstein zt”l had established a norm, or protocol for the Torah institutions of this country, if and when the institution does  – that the hanakah – be one month’s salary for every year of employment.  Rav Moshe Feinstein’s rulings on three such cases are cited on page 15 of a Sefer written on this topic by Rabbi Naftali Tzvi Frankel on the topic entitled, “Chodesh LaShana.” The first case was dated 5711 and was also signed by Rabbi Yaakov Kamenetsky zt”l and Rav mendel Zaks zt”l.  Another case was dated 5724, and two more cases were mentioned as well.

Subsequent to Rav Feinstein’s establishment of the protocols, the Torah uMesorah organization adopted them as the norm for the resolution of such disputes in all such cases.  This author reconfirmed that that this has been their position and received a letter to that effect dated August of 2020.  In response to someone’s suggestion that the Chodesh laShana protocol was only stated in regard to men and NOT WOMEN – Rabbi Nayowitz, the head of Torah uMesorah responded in an email to this author that there is no distinction between the two.

Rabbi Frankel’s sefer also cites Rav Dovid Feinstein shlita in a letter dated on the 16th of Adar (I) 5763.  Rav Feinstein writes that his father’s position was “vadai tzarich” that a firm must certainly provide its employees with a ha’anakah of one month’s salary for every year of employment.  In a footnote he added that this was for every employee – even those that worked in the office.   In a further clarification, dated 3 Kislev 5772, Rav Dovid Feinstein stated that it was not limited to Mechanchim but all types of Kli Kodesh.

Rav Yisroel Belsky zt”l also wrote that Rav Moshe’s opinion was that it applied to all Kli Kodesh – not just mechanchim – this was in a letter dated 17 Shvat 5772.

Rabbi Frankel’s sefer also prints a letter from Rabbi Gedaliah Schwartz the Av Beis Din of the CRC in Chicago as saying that Chodesh LaShana is the established norm in the United States in a letter dated November 17th, 2011.  Rabbi Frankel has printed letters from many dozens of established Poskim and Batei Dinim across America, that Chodesh laShana has become an established and accepted norm.  He further prints letters from poskim in Eretz Yisroel and throughout Europe.

Rav Elyashiv’s position as explained by his secretary, Rav Yoseph Efrati, (p. 28 in Rav Frankel’s sefer) was unequivocal that the Chodesh laShana of Rav Moshe Feinstein zt”l must be followed.  Rav Shmuel Kamenetsky shlita signed onto the same letter with the words, “It is clear that we are obligated to follow the custom of the Posaik haDor Rav Moshe Feinstein zt”l.

THE CUSTOM THROUGHOUT THE STATE OF ISRAEL

This has also become According to the Israeli Severance Pay Law of 1963, In Section Five sub-paragraph C of Israel’s Legal Code entitled Termination:

Severance pay: other than in certain cases set out under applicable law, an employee who continuously works for the same employer or at the same place of work for at least 12 months and is dismissed (or resigns in circumstances which qualify as constructive dismissal) is entitled to severance pay. In general, the amount of severance pay is calculated by multiplying the employee’s last month’s salary prior to his or her dismissal, by the number of years worked by such employee (or any part thereof) – which is the definition of Chodesh LaShana. See (https://www.mondaq.com/employee-rights-labour relations/589834/israeli-labour-law-the essentials#:~:text=Severance%20pay%3A%20other%20than%20in,entitled%20to%20severance%20pay14.)

According to Israeli Law, an employer may make monthly contributions toward an account which will be deducted from the pay of this amount upon the termination of the employee’s time of service.

In a conversation this author had with Rav Hershel Schachter, shlita, it emerged that Rav Schachter’s position was that the purpose of it was on account of the fact that the Mechanech had taken a position significantly below a standard work wage for the educational investment put in by the Rebbe or Morah.  “If the Rebbe was making a half million a year,” Rav Schachter stated, “he would certainly be ineligible for Chodesh laShana.”  When asked about a salary of $40,000 per year, Rav Shachter stated that such a person would be eligible. Over $100,000 per year, he stated that he would not be eligible.  The gray area, of course was between $40,000 and $100,000 per year according to his view.   He also stated that if the Yeshiva or school had implemented a pension program where the school contributes significantly – then there would not be a need for a Chodesh laShana either.

In recent times, on account of COVID-19, there are a number of institutions that have tried to negotiate down or entirely eliminate the Chodesh laShana protocol established by Rav Feinstein zt”l.  Others have tried to exclude women from these protocols. Other institutions have offered employees a cut in the traditional Chodesh laShana in order to cut costs. Leading Poskim and Rabbinic leaders have expressed their disappointment to this author about this trend.

The teachers and Rebbeim of Klal Yisroel are truly extraordinary heroes. They have devoted their lives to ensure that Klal Yisroel’s level of Ruchniyus remains high. They have taken enormous cuts in potential salaries so that the next generation will be devoted to the ideals of Torah and Yiras Shamayim. The friends of the Rebbeim and Moros have gone on toward other lucrative careers.  They survive on paltry salaries. Many of them have taken on a second or third job so that they can continue to do their avodas haKodesh and still support their families.  It is hoped that after COVID-19 is over (and may it be over soon), the institutions who have taken away Rav Moshe Feinstein zt”l’s protocols during this time will restore them once again.

ONLY $3400 LEFT!  THERE IS A YOUNG LADY IN A DIFFICULT FAMILY SITUATION THAT DESPERATELY NEEDS TO GET TO SEMINARY IN ERETZ YISROEL.  IT IS NEAR PIKUACH NEFESH ACCORDING TO HER TEACHERS.  IF ANYONE IS IN A POSITION TO FINANCIALLY ASSIST PLEASE CONTACT THE AUTHOR.