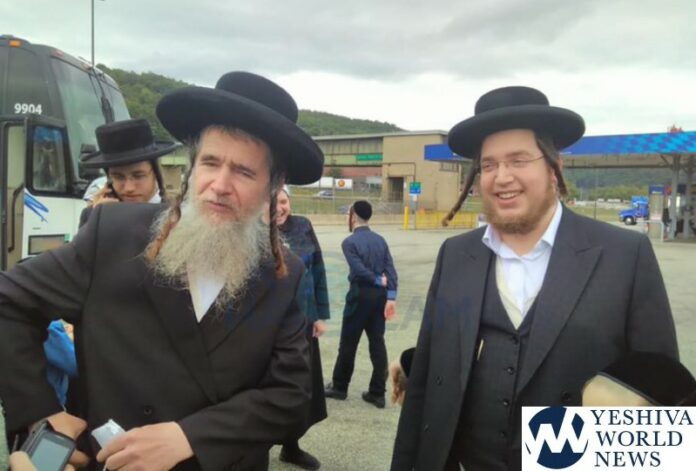 R’ Mordechai Samet of Kiryas Joel was released from prison on Erev Rosh Hashanah, after serving 20 of his 27-year sentence.

Samet was released under the new “First Step Act” law.

R’ Moshe Margaretten of the Tzedek Association who was highly influential in the passing of the law – and in securing his release – was there to greet him.