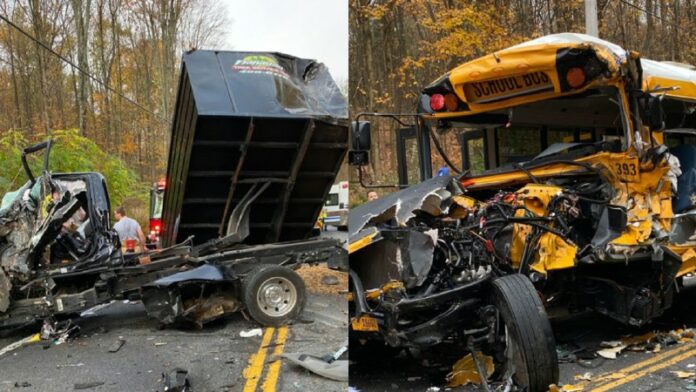 It happened just before 8:30 a.m. on Route 207, at Little Britain and Beattie roads, in New Windsor and involved a Little Britain Elementary School bus and a tree trimming truck equipped with a chipper owned by a local landscaping company.

There were seven children on the bus all of whom walked off and were brought to the hospital to be seen by medical professionals as per school protocol and good practices, the police said.

It’s unclear how students were among those injured, but Assemblyman Colin Schmitt tweeted, “Please say a prayer for the young students involved in a serious bus accident in New Windsor. Our first responders are doing heroes work this morning. God lift up all impacted.”

Orange County Executive Steve Neuhaus, however, said that some children were pinned and had to be extricated.