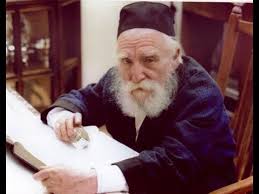 In the ever-fluctuating laws of COVID times, we may be back to that ten-man limit, unfortunately.  The fear of getting a summons causes the minyan attendees to spread out among mini-minyanim. All this, brings us back to studying the halachos of semi-Minyanim more carefully.

The burning question is:

What happens when not all of the ten people that have gathered for the minyan are davening now? Is it considered Tefilah b’Tzibbur?  One of the outdoor minyanim in Far Rockaway will sometimes have people that have already davened.  At times the speed of the minyan is not compatible with what that mispallel is used to and he will opt to daven later.  Is that considered full-fledged Tefilah b’Tzibbur?

The answer: It is a very good question and a fascinating halachic debate.

At the heart of the matter lies a controversially read Chayei Odom (Klal 19:1). Rabbi Avrohom Danziger (1748-1820) writes in his Chayei Odom:

“And the essence of Tefilah b’Tzibbur is the prayer of Shmoneh Esreh, that is –  ten adult people who will pray together. And not like the masses think, that the essence of praying with ten is just so that one can hear kaddish and kedusha and Barchu. Therefore, they are not careful to pray together – they just ensure that there are ten people in shul, and it is a great error.”

Rav Moshe Feinstein zt”l (1895-1986) addressed this issue in the years 1951 and 1952 in a series of Teshuvos.   In Igros Moshe OC I #28, Rav Moshe understands this Chayei Odom as actually saying that all ten must be davening together and that if even one is not davening it is not full-fledged Tfilah B’Tzibbur.

In the very next Teshuvah in the Igros Moshe is addressed to Rabbi Mordechai Spielman (1923-2007). Rabbi Spielman argues that the Chayei Odom could be read to indicate that the majority is davening.

A close reading of the Rambam in Hilchos Tefilah 8:4 also seems to indicate that it is considered Tefilah B’Tzibbur even if there were only a majority of the ten who are present actually have davened. Rav Moshe zt”l, in fact, addresses this Rambam in response #30 to Rabbi Noach Breier from Spring Valley.

Rav Moshe attempts to avoid a contradiction between this Rambam and a responsum written by the Rambam and thus rereads the Mishne Torah Rambam in a manner that he himself says does not reflect the simple reading.

Those that disagree with Rav Moshe aside from the two mentioned above are the following:

Rav Ovadiah Yoseph according to this author’s recollection (but as yet have not found the reference).

Dayan Yisroel Yaakov Fisher zt”l (Even Yisroel Vol. VII #9), however, agrees with Rav Moshe’s reading and reasoning. These views are cited in the Psichas HaIgroa p.21.

Another question that may depend upon this machlokes is when you have 10 but 1 of the 10 has to leave to drive his wife to work [which happened this morning].  What if the replacement tenth man did not daven Shacharis yet?  Normally, we say he should sit it out and daven later because of tadir veshaino tadir tadir kodem and he should not daven mussaf first [even though if one switched the order it does work b’dieved].  This issue is further discussed in Divrei Beniyahu Vol. II OC #8.

But, perhaps this is only in accordance with the view of Dayan Weiss.  However, if Rav Moshe and Dayan Fischer are correct in the debate, then the tenth would be doing a big Mitzvah for them and that might beat his tadir veshe’aino tadir ruling.  Regarding this question, a Posaik should be consulted.

HOW FAR DOES ONE DRIVE TO GO TO A MINYAN

Another question is what would Rav Moshe say about Tefillah b’Tzibbur? Does the same requirement of davening at a minyan apply to this higher level of Tefilah b’Tzibbur?

It is a Mitzvah miderabanan to daven with a minyan. Is this what Rav Moshe was referring to? Chazal obligated a healthy person to walk .6 of a mile (or a Persian mile) to attend minyan. In pre-paving times this took around 18 minutes (See MB 90:52).

But is this travel time or walking distance? The Biur Halacha (163:1 “Brichuk”) regarding getting water for washing before bread invokes a measurement of the walking distance of four mils. He writes that we measure it by time and not distance. This idea is also found in the Mishnah Berurah (249:1) regarding travelling on an Erev Shabbos.

If we measure time – then they should go according to Rav Moshe. If we measure distance then that is another story.

The author would like to suggest that readers ask their own Rav or Posaik.