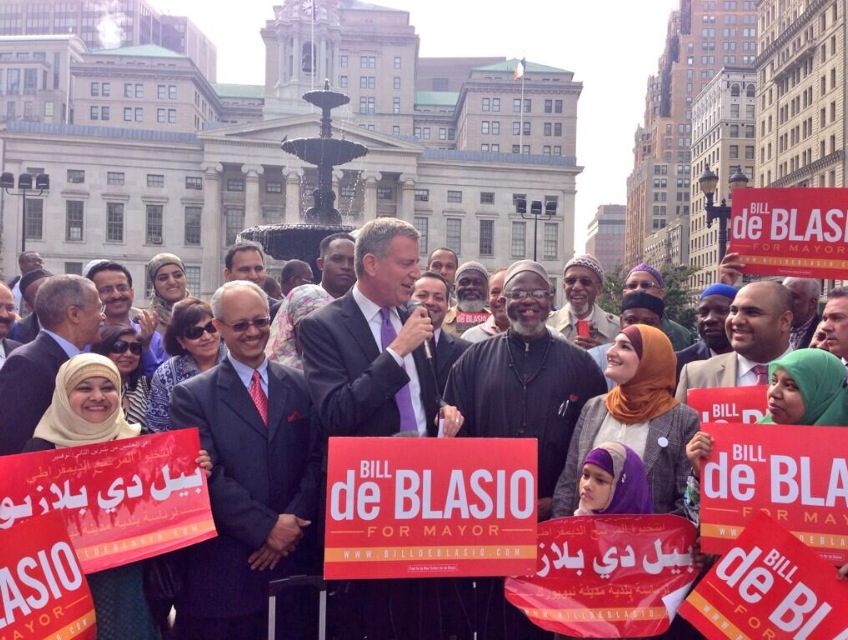 [VIDEO IN EXTENDED ARTICLE] Democratic mayoral candidate Bill de blasio is not letting his rival’s attacks on his crime-safety policies prevent him from addressing the overuse of Stop-and-Frisk and the lack of communications between the NYPD and various religious communities.

Speaking at a rally with Muslim leaders and activists who gathered in Brooklyn to support his candidacy for mayor, Mr. de Blasio addressed in length his vision of keeping the city safe while respecting the Muslim and other religious groups’ faith. “We’ve got to end the overuse of Stop-and-Frisk,” he said.

“The efforts of surveillance have to be based on specifically specific information, and obviously you need to go through a careful vetting process,” he added.