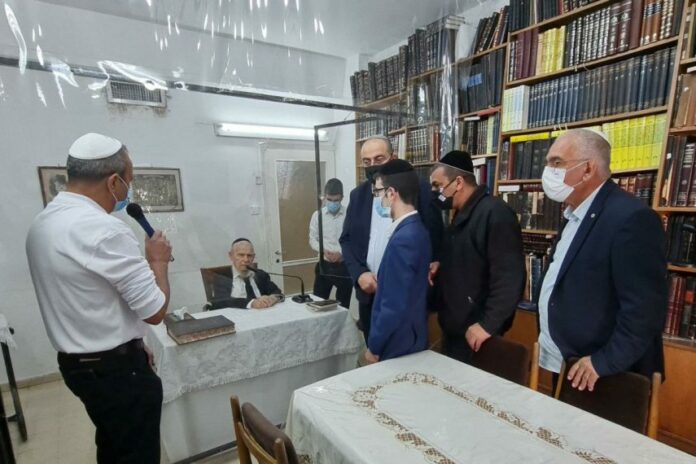 A group of Likud activists, headed by MK Nissim Vaturi, visited the home of HaGaon HaRav Gershon Edelstein on Sunday morning to receive a bracha for the refuah of Likud MK Dovid Bitan, who is seriously ill with the coronaviurs.

The Rosh Yeshivah advised the group to strengthen themselves in middos tovos and not to be makpid on other people. He also instructed them to say tehillim every day.

MK Vaturi also visited the home of HaGaon HaRav Chaim Kanievsky to receive a bracha for the refuah of Bitan and to tell him that Bitan’s wife agreed to add the name Chai according to the Rav’s recommendation.

The public is asked to daven for the refuah of Dovid Chai ben Margalit b’soch shaar cholei Yisrael.

HaRav Chaim also gave a bracha to Vaturi, who became an MK recently after Gideon Saar left the Likud to form his own party.