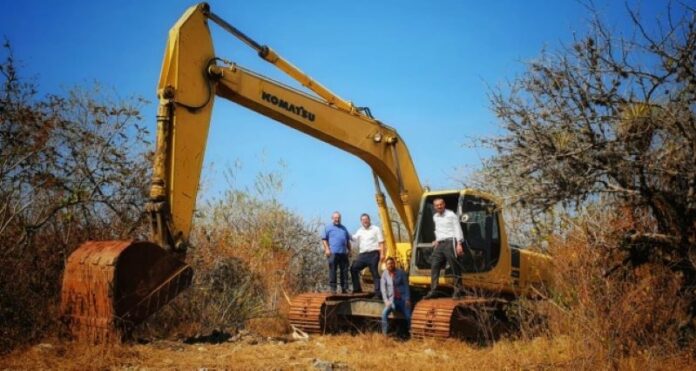 A revolution in Torah life in the Chareidi communities of South America is beginning under the leadership of HaGaon HaRav Gershon Edelstein with the establishment of a Chareidi city in Mexico.

The city, aptly named Ir Hatorah, is a colossal initiative being established on a huge tract of land about an hour away from Mexico City, modeled after cities such as Lakewood, New Jersey or Modiin Illit in Israel.

In the first stage, houses will be built for about 400 avreichim and their families. All the necessary mosdos for Torah life, including shuls, mikvahs and educational institutions will be established as well.

Part of the motivation for Ir HaTorah is the crowded conditions in Chareidi areas of Mexico City as well as the high cost of housing, making it difficult for frum Jews to find housing and to establish mosdos Torah. “During the coronavirus pandemic, when crowding became even more of an issue for health reasons, the initiative began to sprout,” one of the developers said.

“The idea really took wing after Yeshivas Toras Eliyahu in Mexico rented a rural area of land outside the city during the summer to enable them to split up the bochurim into capsules, like other yeshivas around the world. The move to a quiet area was a great success, with the bochurim able to concentrate exclusively on learning. More and more bochurim joined the yeshiva in the pastoral area, including ones that had been learning in Israel but were unable to return due to the pandemic.”

The developers began to advance the project under the leadership of HaRav Edelstein and Nasi of Mosdos Torah Eliyahu HaRav Shmuel Kamenetsky.

About half a million square meters of land have already been purchased for tens of millions of pesos for the construction of the first phase of Ir HaTorah in an area about a hundred kilometers from Mexico City.

Mosdos Toras Eliyahu, headed by HaRav Doniel Davidson, was the first to take the plunge and purchased about 60,000 meters to relocate the yeshiva from Mexico and build a  yeshivah complex for its mosdos, which currently includes about 500 talmidim.