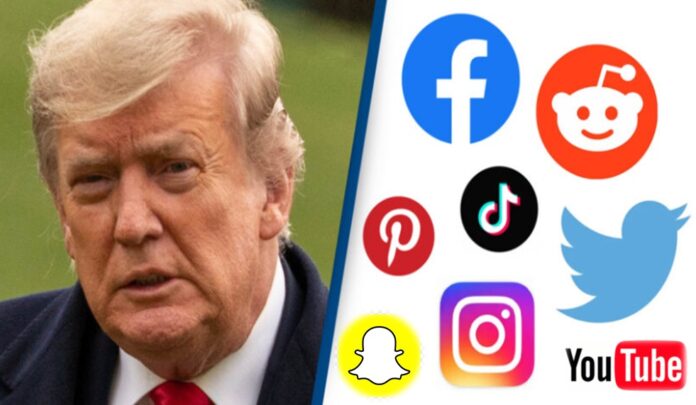 Snapchat and YouTube are the two latest platforms that have suspended Donald Trump’s accounts after Washington DC’s events on January 6, 2021.

According to Axios, Snapchat removed the President’s content multiple times after being warned of violating policies. The indefinite suspension “was sparked not just by actions on Snapchat, but by Trump’s records of inciting violence on other platforms.”

“Last week we announced an indefinite suspension of President Trump’s Snapchat (SNAP) account, and have been assessing what long term action is in the best interest of our Snapchat community,” a Snapchat spokesperson said. “In the interest of public safety, and based on his attempts to spread misinformation, hate speech, and incite violence, which are clear violations of our guidelines, we have made the decision to permanently terminate his account.”

YouTube suspended U.S. President Donald Trump’s channel for at least a week amid concerns over “ongoing potential for violence.”

The Google-owned platform said it removed content that was uploaded on January 12 to the Donald J. Trump channel for inciting violence, although it was not immediately clear which videos in question were in violation.

“After careful review, and in light of concerns about the ongoing potential for violence, we removed new content uploaded to the Donald J. Trump channel and issued a strike for violating our policies for inciting violence,” a YouTube spokesperson said in an emailed statement.

Under the suspension, Trump’s channel is temporarily prevented from uploading new videos or live streams for at least seven days, although the channel remains live, YouTube said.

Comments would be indefinitely disabled on the channel, YouTube said. Under YouTube’s policies, a second strike would result in a two-week suspension, while a third strike would get the account banned permanently.