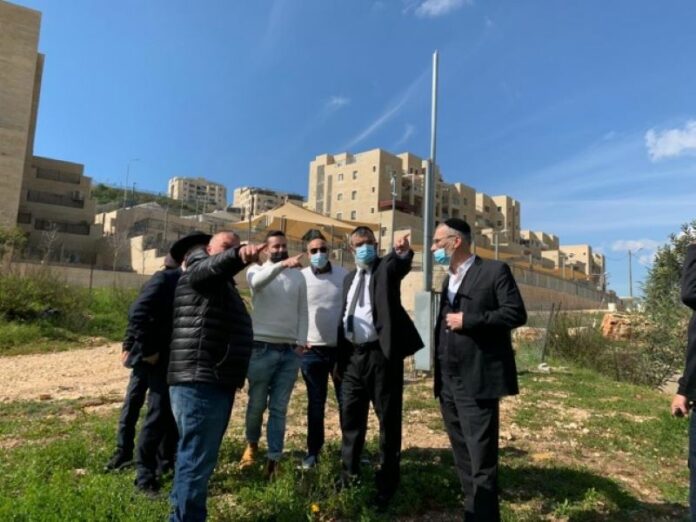 Ashkenazim in Ramot celebrate Purim on the 15th, per the p’sakim of HaGaon HaRav Shlomo Zalman Auerbach, z’tl, and HaGaon HaRav Yosef Shalom Elyashiv, a p’sak later upheld by HaGaon HaRav Chaim Kanievsky when the debate arose in more recent times. (Interestingly, HaRav Chaim’s father, the Steipler, z’tl, held that Purim in Ramot should be celebrated on the 14th.)

Each year, residents set up trailers to form a continuous row of homes connecting Ramot to the neighborhood of Ramat Shlomo. This year, it was carried out at the request of HaGaon HaRav Shalom Cohen, Kikar H’Shabbos reported.

Jerusalem Deputy Mayor Tzvika Cohen, with the support of Mayor Moshe Lion, led the initiative on Tuesday and seven trailers were set up between Ramot and Ramat Shlomo, and per the p’sak of HaGaon HaRav Yitzchak Yosef, each trailer was placed within 35 meters of each other, halachicly connecting Ramot to Jerusalem.