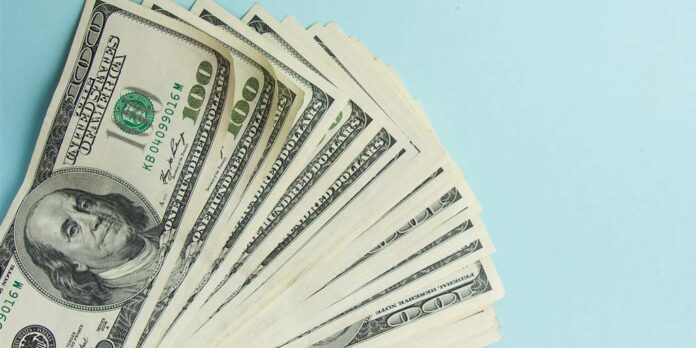 There is nothing quite like lifting the burden of someone who is facing challenges with no apparent resources. Whether that person be young or old, they have carried a burden that they feel uncomfortable sharing. Chazal knew the joy and happiness that both parties, actually, feel. This is the Mitzvah of Matanos l’Evyonim on Purim.

THE MITZVAH AND ITS SOURCES

The Mitzvah of Matanos L’Evyonim on Purim is discussed in the Gemorah at the bottom of Megillah 7a, Tani Rav Yoseph. The Mitzvah is to give at least one gift to two different poor people on the day of Purim. The plural form of the word “L’Evyonim” appearing in the verse teaches us that it must be given to two people.

There is also another Gemorah in Bava Metziah 78b that discusses the charity plate of Purim. It is a debate among the Rishonim whether or not this Gemorah is discussing the Mitzvah of Matanos L’Evyonim, or whether it deals with a separate Mitzvah of providing for the Purim needs of the poor.

There also seems to be another debate among the Rishonim as to the nature of the Mitzvah. Is it a Mitzvah of Tzedakah, or is Matanos L’Evyonim its own special Mitzvah of the day of Purim – a Mitzvah associated with creating happiness?

We will see that this issue is a matter of further debate among the Poskim. On account of this debate, there are a number of differences in halacha as to the nature of fulfilling this Mitzvah.

Can you fulfill the Mitzvah with Maaser funds? If it is Tzedaka – then, yes. If it is a happiness Mitzvah then it may not be fulfilled with Maaser funds.
Is an ani – a poor person obligated to fulfill this Mitzvah? If it is Tzedaka – then no. The obligation of an Ani to give Tzedaka is once per year. If it Simcha, however, then he must give the matanos l’evyonim.
Even a poor person who himself has reached a financial state that he must ask for charity, must still give.

Rav Alexander Ziskind of Grodno was one of the only two individuals who ever received an approbation on a sefer from the Vilna Gaon himself. In his Sefer, Yesod v’shoresh HaAvodah, (12:6) he recommends that one should recite the following preamble before fulfilling the Mitzvah:

It is clear that the Yesod v’Shoresh HaAvodah understands that this Mitzvah is Tzedakah.

Many Poskim, however, are concerned that giving the minimal amount no longer causes the feeling of Simcha to the poor. When these minimal amounts were calculated – the value of silver was significantly higher.

Rav Shmuel Kamenetsky, shlita, thus rules that the minimum amount should be $1. The Shaarei Teshuvah rules that it should be the equivalent amount of the cost of a meal for a poor person. In modern times this amounts to approximately five dollars ( ruling of Rav Shmuel Fuerst).

The Gedolei HaPoskim (See Mishna Brurah 694:3) tell us that it is preferable to spend more on the Mitzvah of Matanos l’Evyonim than on the Mitzvah of Mishloach Manos. The calculation, of course, includes the food items, the packaging, and the time value of the effort placed into making the Mishloach Manos. For many people, all of this amounts to several hundred dollars. Thus, we should give this amount for Matanos l’Evyonim as well.

These gifts should be given in the daytime, after the Megillah is read. Matanos la’evyonim should be above and beyond maaser. Therefore, Maaser money should not be used, but it may be added to it.

Some Poskim hold that, technically, Matanos la’evyonim may be given before Purim. However, because of the concern that the recipients will spend it earlier, it is preferable to give it on Purim itself. Others write that one should make sure that the funds are only given on Purim itself and that when an intermediary is used it should be held as a package for the poor person and not received on behalf of the poor person.

Money set aside for matanos la’evyonim should not be changed to another tzedakah without a ruling from a posek. This is based upon the Gemorah in Bava Metziah (78b), according to those Rishonim that learn that the Gemorah is dealing with Matanos l’Evyonim. Other Rishonim learn that this Gemorah doesn’t deal with Matanos L’Evyonim at all, and therefore there is room for a Posek to be lenient.

One is not overly strict with the poor on Purim to determine whether they are really poor or not. Whoever puts his hand out — we give him. According to leading poskim, this does not apply to organizations, however. Why is that? Perhaps because there is no simcha in regard to making organizations happy – it is only making actual poor people happy that makes the Simcha.

WOMEN AND CHILDREN WHO LIVE AT HOME

Children who are dependent on their parents’ table should still give matanos la’evyonim on their own (Aruch HaShulchan 694:2). Even though they may be exempt from Tzedakah, there is still the idea of Simcha.

IS THERE A MITZVAH OF CHINUCH FOR THIS?

Rav Nissim Karelitz zt”l (Chut Shaini Shabbos Vol. IV p. 309) writes that children under the age of pe’utos (six to ten depending upon how sharp the child is) do not give matanos l’evyonim, but there is a Mitzvah of Chinuch for above that.  Interestingly enough, he is quoted elsewhere (Rav Dunner Leket Halachos l’Purim 5764) that the age is nine years old.

The Yaavetz writes that one should teach children to fulfill the Mitzvah.  The Yesod v’shoresh haAvodah as well writes that one should teach them. The Pri Magadim is of the opinion that the obligation of younger children below bar mitzvah is greater than children who are bar mitzvahed that are dependent upon their father’s table – 695:14.  On the other hand, the Aishel Avrohom (Botschach) states that the child is exempt from matanos l’evyonim but not mishloach manos because they generally do not have their own money.  Nowadays, however, this may not be true.   The Steipler and lbc”l Rav Chaim did not do a chinuch for children in Matanos l’Evyonim.  It is possible that, as children, they did not have money independently.

Originally, the Mitzvah was to give to a true Evyon – a poor person who did not have enough money to have a meal on Purim. Nowadays, such a definition is indeed rare. The Poskim have thus ruled that it may be given to any poor person who is eligible to receive Maaser funds. The Chazon Ish (Trumos UMaasros cited in Balailah Hahu p.12) has written that it may be given to anyone who is not “mesudar beparnasaso” to the extent that he can sustain himself and his family.

Rav Moshe Feinstein, zt”l, ruled that one may fulfill the mitzvah of matanos la’evyonim with a check. This is true even if the check is post-dated. This is also the opinion of Rav Shlomo Zalman Auerbach zt”l (cited in Halichos Shlomo 19:23) and of Rav Elyashiv zt”l, cited in Yismach Moshe (p. 140).

An Onainm someone who has lost a close relative who has not yet been buried, may give Matanos L’Evyonim in the merit of the Neshama of the deceased, according to Rav Shlomo Zalman Auerbach zt”l.

Matanos la’evyonim may be given anonymously. This, in fact, is the ideal form of fulfilling the mitzvah.