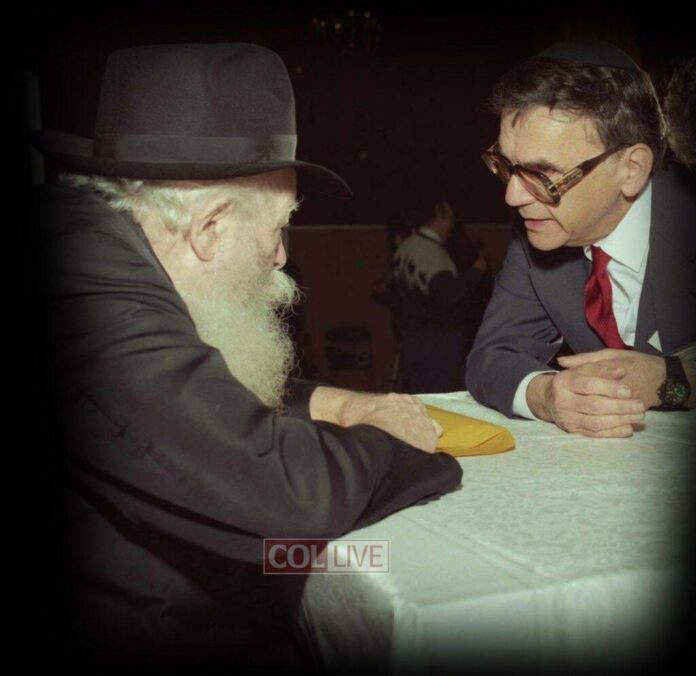 David Mintz, who was known for his invention of Tofutti, the first pareve ice cream substitute, as a solution for a dessert for fleishig meals, died on Wednesday at the age of 89, Collive reported.

Mintz was born in Williamsburg and studied in Tomchei Temimim in his youth. He maintained his connection with the Lubavitcher Rebbe when he went into business and the Rebbe continuously supported him during his many years of experimentation to develop the first kosher pareve ice cream.

When Mintz asked the Rebbe for a bracha to open a kosher restaurant on the Upper East Side, the Rebbe told him he would succeed if he was very careful with the kosher products he used, Minitz later told JEM’s Here’s My Story.

The restaurant was extremely successful and he also offered takeout and catering. When customers would request ice cream for dessert, he refused to provide it because it was milchig and the food was fleishig. But customers told him they would just buy their own instead.

“That’s when the seeds were planted in my head,” Mintz said. “I started to do research and finally decided to make non-dairy parve ice cream which I could sell with a fleishig meal.”

He began experimenting with tofu, a little-known food at the time. According to a 1981 New York Times article, he first bought a gallon of tofu in Chinatown in 1972. “Everyone said it would never taste good,” Mintz told The Times. “Those people are now my biggest fans.”

It took him many many years to develop a marketable product but the Rebbe provided endless support. “Whenever I met with the Rebbe I would mention what I was doing, and he would say to me, ‘You have to have faith. If you have faith in G-d, you can do wonders.’ So I kept trying,” Mintz said.

By the 1980s, Tofutti began becoming popular, eventually becoming a huge success. And Mintz responded to his business success by donating large amounts to tzedakah. Over many years, he wrote a daily $1000 check to the Rebbe, and two such checks on Friday.

Mintz “was one of the founding members of the famous Machane Israel Development Fund and one of the founding supporters of Bris Avraham,” Collive stated. “In addition, he helped found and support scores of Chabad houses, organizations, and schools, and he helped countless shluchim around the world. He was a pillar of support and extremely proud of his many nephews and nieces who serve as shluchim and shluchos around the US.”

“He sponsored the printing of Tanyas in over 100 cities, built mikvaos in cities around the world, and sponsored the writing of many sifrei torah for multiple Chabad Houses. He was on the board and a pillar of major support of JLI.”