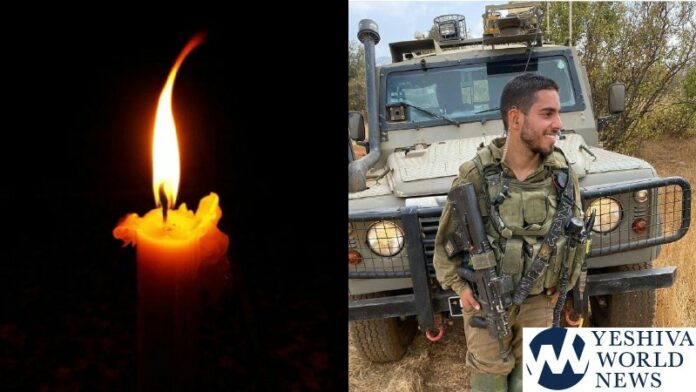 Hamas fired a Kornet anti-tank guided missile (ATGM) from the Gaza Strip into Israel on Wednesday morning, hitting a jeep and critically injuring four IDF soldiers near the border town of Netiv Ha’asara.

Immediately afterward, emergency rescue services came under attack as Hamas terrorists fired mortar shells at the area in an effort to prevent the wounded from being evacuated.

The wounded were evacuated to Barzilai Hospital in Ashkelon, where one soldier succumbed to his wounds and was pronounced dead. Another soldier was critically wounded and doctors are fighting for his life. A third soldier was seriously injured and a fourth was lightly injured.

The soldier was later identified as First Sergeant Omer Tabib, z”l, 21, a combat soldier in the 931st Battalion of the Nachal Brigade from Elyakim.

Hamas claimed responsibility for the attack. “The Al-Qassam Brigades targeted a Zionist enclave with a guided missile in the northern Gaza Strip,” Hamas said in a statement.

Shortly before the attack, the IDF issued a warning to residents of Gaza border towns to stay in their homes due to the possibility of Gazan terror groups firing ATGMs or mortar shells or carrying out sniper attacks against Israelis in the area.

On Monday, an Israeli was injured when Islamic Jihad terrorists fired an anti-tank missile on the Israelis side of the Gaza border, hitting his vehicle.