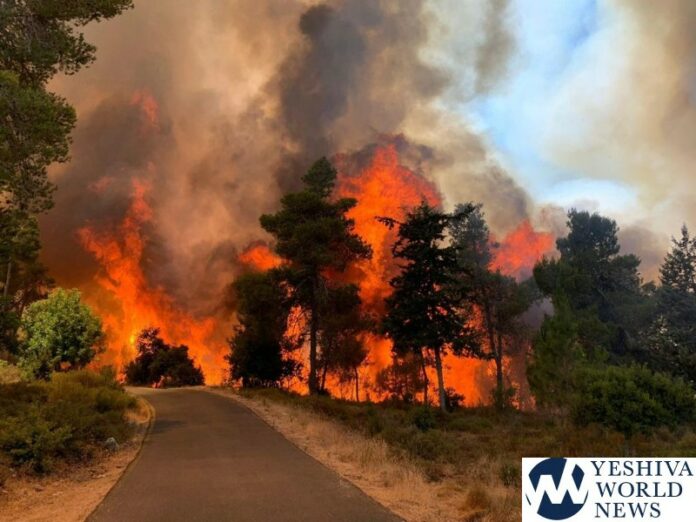 Two wildfires broke out on Wednesday afternoon near the towns of Abu Ghosh and Neve Ilan on the outskirts of Jerusalem.

Israel Fire and Rescue Services struggled to gain control over the fire but after the fire almost reached the homes on the Ma’ale HaHamisha kibbutz, police began evacuating residents. As the fire continued to rage, residents of Ma’ale Hachamisha were evacuated and police are preparing for the possible evacuation of Abu Ghosh.

Eleven fire aircraft and 29 firefighting crews are at the scene trying to quell the fire.

Israel Railways between Jerusalem and Ben-Gurion Airport closed as well as highways and roads in the area, including Route 1, which connects Tel Aviv and Jerusalem.