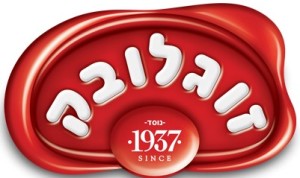 The story begins with a Kolbotek expose which showed unacceptable animal cruelty in handling poultry in the Zoglovek slaughterhouse in Shlomei. The disturbing video footage shown in the program led Chief Rabbi Lau to call for revoking the company hashgacha.

Following meetings with company directors, who were summoned to meet with Rabbi Lau in Yerushalayim, and convening the Chief Rabbinate Council, Rav Lau decided the kashrus of the product was not compromised. Zoglovek officials have committed to implementing necessary change to improve the handling of tens of thousands of chickens and turkeys daily.

Members of the ‘Anonymous’ organization have tried to meet with Rabbi Lau but their efforts have been intercepted by the rav’s staff, Maariv reports. They announce having the real photos, the evidence that was too harsh to show on national television. Nevertheless, they have not been given a meeting.

Maariv interviewed Rabbi Shabtai Rappaport, who heads the Bar Ilan University Beis Medrash for Higher Torah Studies. He explained that based on the videos shown on television, there is no way that some of the chickens were not rendered treif before shechita as tens of thousands are dumped as seen. He adds that in many cases, a defect rendering a chicken treif might not be detected by a shochet in the time allotted him to make such an inspection.

Responding to the report, the Chief Rabbinate states Rabbi Lau acted “expeditiously and effectively” and he conducted a probe. Officials deny Anonymous allegations that Rav Lau gave in to pressure from directors of Zoglovek, pointing out they were summoned to the rav and not the other way around. They feel that even though the rav did not see the other photos, that is not to say he is not aware of the true situation that existed in Zoglovek, and corrective measures have and continue to be taken.

Zoglovek officials deny apply any pressure on Rabbi Lau and lament the “libelous statements” made by Rabbi Rappaport.

Rabbi Lau feels that after a comprehensive review of the situation, the kashrus of the plant was not compromised and hence, the hashgacha will not be revoked.