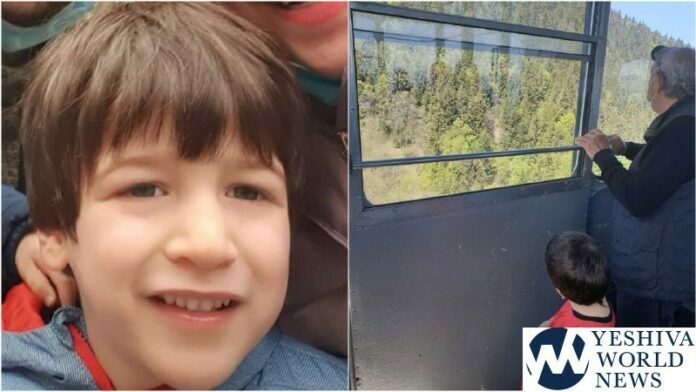 Eitan Biran, the Israeli boy who was the sole survivor of the Italian cable car disaster in May, was abducted from northern Italy by his grandfather and brought to Israel over the weekend amid an international dispute over his custody.

Eitan’s aunt from his father’s side, Aya Biran-Nirko, who lives in Italy and is Eitan’s legal guardian, filed a complaint with the Italian police claiming that Eitan was abducted by his maternal grandfather, Shmuel Peleg.

Peleg had taken Eitan out for a visit and was scheduled to return him by early evening. When he failed to show up, Biran-Nirko called him repeatedly but received no answer until she eventually received a text message stating, “Eitan has returned home.’

The family has been embroiled in a bitter custody dispute, with Eitan’s many relatives in Israel claiming that Aya gained permanent custody of Eitan behind their backs and without their consent and Eitan’s true home is in Israel. They said that Eitan’s parents were only in Italy temporarily while his father Amit attended medical school but they wanted their children to grow up in Israel and “receive a Jewish education instead of attending a Catholic school in Italy.”

The relatives claim that Aya refused to discuss the issues with them and they are only allowed to see Eitan for limited periods of time. Their claim about Eitan attending Catholic school was verified by the Italian newspaper La Stampa, which reported last month that Eitan was enrolled at L’Instituto Delle Canossiane, a Catholic school run by nuns that Aya’s daughters attend.

“We didn’t kidnap Eitan, we brought him home,” Eitan’s aunt in Israel, Gali Peleg, told Radio103FM on Sunday. “We were forced to do it because we didn’t have any information on his medical and emotional condition. They hid every piece of information from us. We brought him home according to what his parents wanted and hoped for.”

“My sister and her husband planned to return to Israel this year but postponed it a bit due to COVID. A half a year ago they were in Israel for a few months and we talked about their return. Amit registered at Ariel University.”

“Aya, Eitan’s aunt from his father’s side, lives in Italy but my sister didn’t have much of a relationship with her and Eitan wasn’t close to her. He was much closer to us. Whenever we would see him, he would cry and ask if he did something wrong that we’re visiting for such a short time. Why did they have to limit our visits to a six-year-old boy who suffered such a terrible tragedy?”