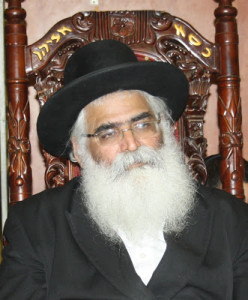 Rabbi Yoram Abergel of Netivot, the rosh yeshiva and mekubal allegedly involved with the Shalom Domrani crime family, was released from jail on Sunday afternoon, 14 Kislev 5774. The rav was sent to house arrest outside of Netivot. The house arrest is for 15 days. The rav will remain in Givat Shmuel for the coming days. One of his visitors following his release was HaGaon HaRav Shimon Ba’adani, a member of Shas’ Moetzas Gedolei Hatorah.

Protests supporting the rav have been gaining momentum around Israel is recent days, taking place in Netivot, Lod and Yerushalayim.

According to police, Rabbi YA is connected to the Domrani crime family and the rav ordered a hit against Rabbi Yaakov Effergan, “The Rentgan” for the latter was supporting the wrong candidate in the recent mayoral election in that city.