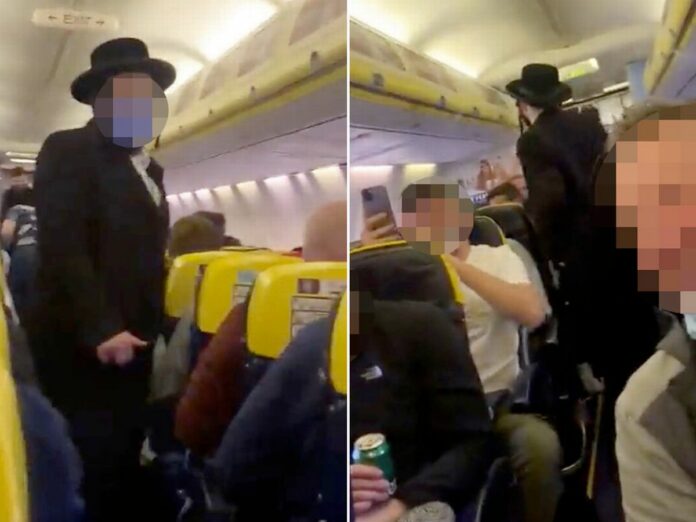 A chasidish man was the target of shocking anti-Semitic harassment on a recent flight, when fans from a particular soccer team in the United Kingdom began singing a song that is widely considered anti-Semitic.

The incident, captured on camera, shows West Ham United F.C. soccer fans on a flight from the United Kingdom to Belgium singing a vile song that includes the phrase “I’ve got foreskin, how about you?” – a clearly anti-Semitic message that is often directed at fans of the UK’s Tottenham soccer team, which is widely popular among Orthodox Jews – as a chasidish man dressed in the full levush moves down the aisle to his seat.

He then writes that he will be speaking to West Ham’s Vice President Karren Brady regarding the incident.

The United Kingdom – and Europe as a whole – has seen anti-Semitic incidents rising with troubling frequency in recent years, with some European rabbis even comparing the current climate in Europe to that which existed just prior to the Holocaust.